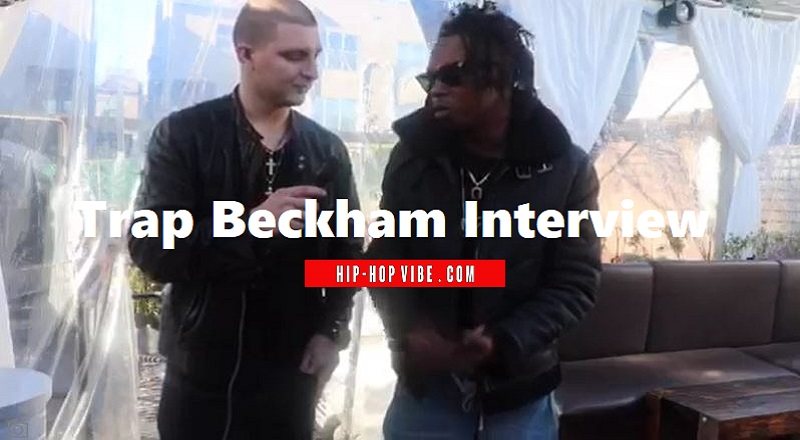 Trap Beckham first blew up onto the scene with his 2016 hit single “Birthday Girl.” He soon followed that up with “Little Booties Matter” in 2017 and 2018’s “Classy N Ratchet.” I recently caught up with the Jacksonville native to discuss his new single “Party & Bullsh*t,” his new Happy Belated EP, and more.

As far as “Party & Bullsh*t” possibly being his biggest single yet, Beckham says he thinks it’ll be his biggest rhythmic joint. Many of his records are known for reaching different audiences and not just one crowd. “It’s a different vibe and it’s great for radio, movies, and commercials. As far as reaching different demographics, Beckham told me that when he first came into the game, he wanted to create vibes for everybody. “I wanna be able to perform in front of 100,000, 200,000 people one day and everyone knows the records. I wanna continue to make those timeless records that I can push over the course of 5-10 years and my whole career.”

Beckham also has TJ Chapman serving as management. Chapman manages B.o.B as well so that aspect on his resume alone was enough to be able to take Beckham to where he needs to be. Beckham said that his friend Stevie introduced him to Chapman. “It was a good linkup and he’s 100% behind me.”

Beckham did have a deal with Def Jam but he ended that contract at the beginning of this year. He’s somewhat independent now as he recently inked a distribution deal with Empire.

Beckham spoke on his hometown of Jacksonville not getting enough recognition on the music scene compared to South Florida. He feels that not enough people create outlets in North Florida to give that exposure to get to the world. He did say that he’s open to working with everybody in his hometown. Despite playing the underdog role, he still has his city on his back.