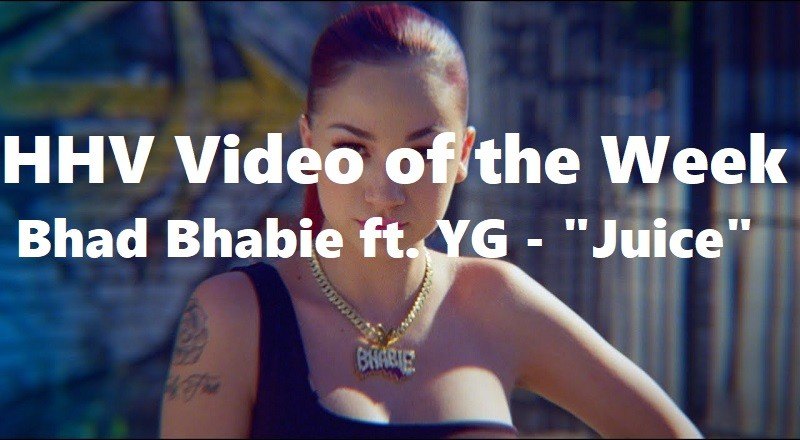 A lot of people have criticized Atlantic Records for how they have been signing artists. But, it has paid off, from them signing Cardi B, and her blowing up, to them signing Danielle Bregoli, and her making some big records. As Bhad Bhabie, she is also coming up in a big way.

Bhad Bhabie is slowly growing on people and she is beginning to be taken seriously as an artist. With her momentum growing, she is getting many big artists to jump on records with her. Delivering “Juice,” she has a hit on her hands, featuring YG.

The week in hip hop has come to an end and several music videos dropped this week. For whatever reason, Juice WRLD’s “Armed & Danerous” video was removed. But, Bhad Bhabie’s “Juice” stayed up, reaching 1.4 million views, as she and YG have the Video of the Week.