Home » Hip Hop News » Hitman Holla, of MTV’s #WildNOut, beat TF out of a man in the barber shop, punching him down to the ground, after he was standing too close to his son (FULL VIDEO INCLUDED) [VIDEO] 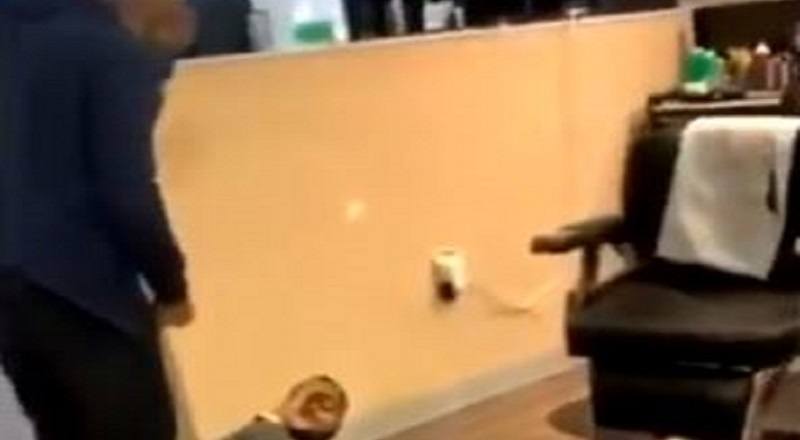 Recently, Hitman Holla got into some controversy, but it’s something any father would understand. Taking his son to the barber shop, he dealt with a man showing his son attention he was not comfortable with, which causes problems. Fortunately, Hitman Holla handles his.

Hitman Holla is much more than a battle rapper, he is a guy that can go toe-to-toe, as well. The rapper, who has made a name for himself, via the popular MTV series, “Wild ‘N Out,” took the man on. He let the man know that he didn’t like him focusing on his son.

Confronting the man, Hitman Holla pressed him about him being that close to his son. After he didn’t like the man’s answer, Hitman Holla punched him hard enough to fall to the ground. From there, he proceeded to beat the crap out of him.