Home » Hip Hop News » Hold Up! Has anybody noticed the New Orleans Pelicans are undefeated since Jrue Holiday came back? 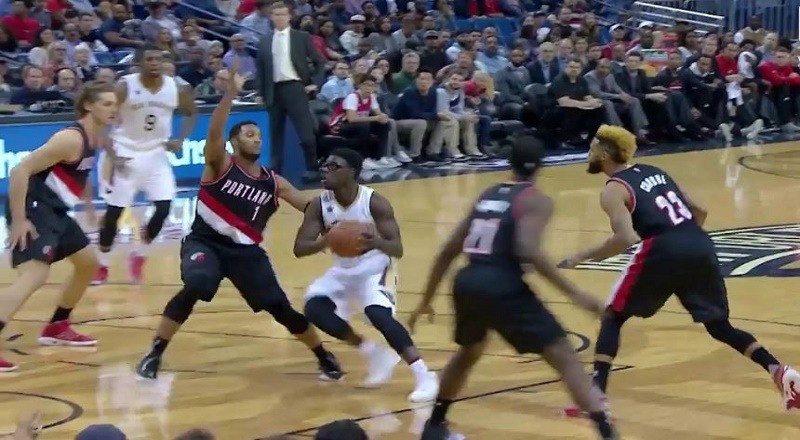 The media is always hyping up the Charlotte Hornets and how that franchise got their history back. What gets overlooked is the other side of the ball, the New Orleans Pelicans. Outside of Anthony Davis, that team is often forgotten.

After a disappointing season, filled with injuries, that saw them missing the playoffs, fans began wondering if Anthony Davis would leave. He signed a huge extension, but four years isn’t very long. Also, he could demand a trade.

Outside of the Chris Paul era, New Orleans has never had a star player or a good team. After a very sloppy start to this season, it looked like another season of disappointment. Injuries kept Tyreke Evans out, Lance Stephenson got dropped, and Jrue Holiday was out, taking care of his sick wife.

The Pelicans didn’t care too much about that and they have defeated Portland and Charlotte at home and that game went into overtime. But, the Atlanta win was special, because it was close to a twenty point win and it was on their home floor. It is probably too soon to determine, but the Pelicans look like contenders with Jrue Holiday back.

Watch the highlights of the Pelicans win vs. Trail Blazers below:

Watch the highlights of the Pelicans win vs. Hornets below:

Watch the highlights of the Pelicans win vs. Hawks below: