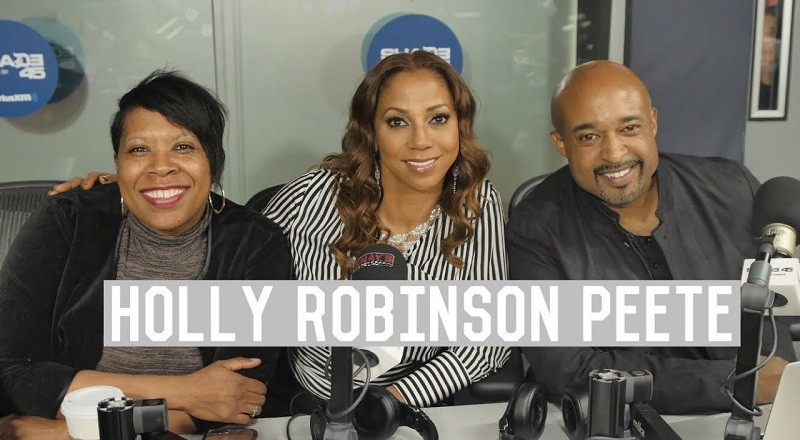 So much has changed, with television, and where it’s distributed, that a lot of stars have been forgotten. It’s a shame, because Holly Robinson, later Holly Robinson Peete, was a true force. Though she rose to fame, in 1992, on “Hangin’ With Mr. Cooper,” she did “21 Jump Street” prior.

Going directly from “21” to “Hangin’,” Peete went from there to four seasons of “For Your Love.” After one season of “Like Family,” she did “Love, Inc.,” during UPN’s final season. In 2006, her run ended at nineteen years, though “Love, Inc.” definitely deserved a longer run.

Holly Robinson Peete has kept busy, in the 2010s, doing a few acting spots, but mostly reality TV. When she stopped by “Sway In The Morning,” she and Heather B discussed “Meet The Peetes,” her new reality show. They also talked about the reboots of 90s classics and where “Hangin’ With Mr. Cooper” stands.

Continue Reading
You may also like...
Related Topics:21 jump street, alyssa debonair, for your love, hangin' with mr. cooper, heather b, holly robinson-peete, like family, love inc., meet the peetes, shade 45, sway in the morning, upn