Home » Hip Hop News » Honeykomb Brazy, rising Alabama rapper, suffers devastating loss, as his grandparents were burned alive, inside of their home; Brazy tells people to stop saying they were shot and killed, explaining they had COVID-19, and their oxygen tanks blew up [VIDEO] 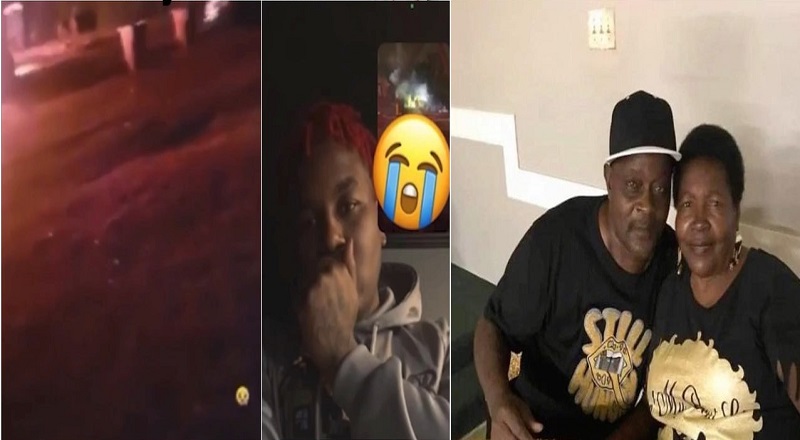 The past year has seen Honeykomb Brazy rise to become a major fixture in the game. He is signed to J. Prince, who has been doing more music business, in recent years. His current focus is on Honeykomb Brazy.

Yesterday, Honeykomb Brazy was revealed to have suffered a devastating loss. It was reported that his grandparents were killed, inside of their home. Further reports claimed they were shot and killed, with their home then set on fire.

Honeykomb Brazy has spoken out, setting the record straight, in regards to his grandparents’ death. Stating how hard it is to lose them, he said he wants people to stop saying anyone shot and killed them. While Brazy says that didn’t happen, he instead said they had COVID-19, and their oxygen tanks blew up, killing them, and setting their house on fire.

More in Hip Hop News
Kim Kardashian Officially Files Divorce Paperwork Against Kanye West; Wants Joint and Physical Custody of Their Four Children as They Will Look To Co-Parent
Toosii reveals he has tested positive for COVID-19 and fans on Twitter are going in on him for going to clubs, being in Florida with people not wearing masks, and not following protocols [PHOTO]