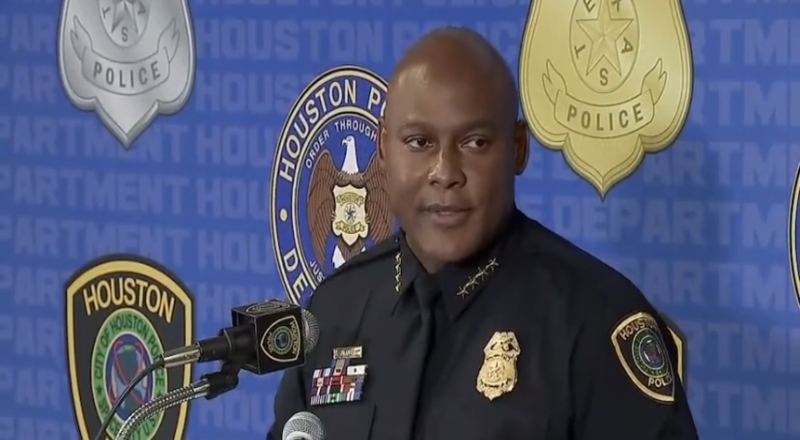 Travis Scott continues to deal with the aftermath of the tragic incidents of his 2021 Astroworld Festival. Eight people died, and several are fighting for their lives. Lawsuits also continue to pile up, as over 30 have been filed.

A few days ago, there was also a report that a security guard working the event, was drugged, and lost consciousness. Tht was after reportedly getting jabbed, in the neck. Now, it appears that that claim wasn’t very valid.

According to Houston Police Chief Troy Finner, the security guard was struck in the head. This was confirmed in a press conference held on Wednesday.

“We did locate that security guard. His story is not consistent with that. He says he was struck in his head, he went unconscious. He woke up in the security tent. He says that no one injected drugs in him so we want to clear that part up.”

There was also speculation that attendees in the crowd were also drugged. According to Finner, that simply turned out to be “bad information.” The decision to end the show early was also up to Travis and production. According to Travis though, he wasn’t aware that people were dying, in the crowd of 50,000.

Check out Houston Police Chief Troy Finner, speak on the Astroworld Festival, below.

“He said no one injected drugs in him” pic.twitter.com/tf6ljkIigC

More in Hip Hop News
Pleasure P’s son, Marcus Cooper, Jr., is charged with First Degree Murder, accused of killing Tyron Arthus, and dumping his body off I-595
Big Sean Announces That His Own Movie Theater, is Coming to Hometown of Detroit; Is Still Under Construction