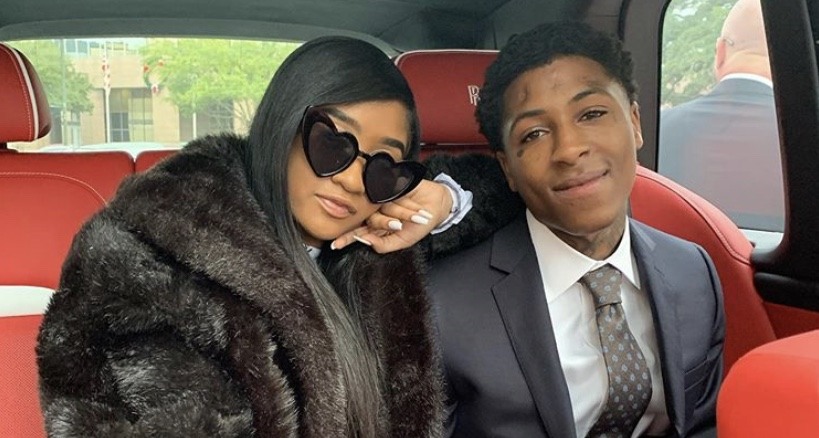 Last night, NBA Youngboy had social media on fire after he released a music video for “Dirty Iyanna” which is a remix to Michael Jackson’s “Dirty Diana.” This song took shots at his ex-girlfriend who is also the daughter of Floyd Mayweather. Earlier this week, he found a new girlfriend which is 19-year-old Houston rapper, Young Lyric.

Lyric originally posted a photo with him on Instagram with the caption, “NBA YoungGirl.” Now, she is showing off more photos of the two in a Rolls Royce dressed for the occasion. The caption read “dismissed” which points to Youngboy having a good day in court. In the photo with Lyric, Youngboy is seen in a very nice suit as he was smiling.

Youngboy may be fully focused on Lyric now after the Dirty Iyanna record and after blasting his ex-GF and baby mama Jania by accusing her of being the one who gave him herpes. Check out Young Lyric and NBA Youngboy showing each other off to the world below.
https://www.instagram.com/p/B6BiZuygs6w/?utm_source=ig_web_copy_link
https://www.instagram.com/p/B6Be9dAFgWE/?utm_source=ig_web_copy_link
Follow Hip-HopVibe.com on Twitter and Instagram @HipHopVibe1.

More in Articles
Lil Gnar goes viral on Facebook for sharing photo of himself holding a rocket launcher in his bathroom
Supa Cent and Lou appear to have broken up, again, and Lou has a new girlfriend, as Supa, again, tells fans to stop telling her about him, and they’re more concerned with Lou than she is