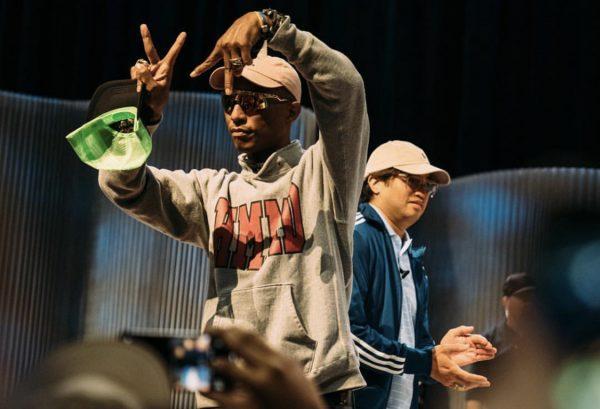 When people think of places to visit, Virginia is usually not on the list. Pharrell has changed that all in a matter of THREE days with his epic ‘Something In The Water’ Festival. He had a lot to prove as legislators and residents of Virgina Beach had all eyes on him.

The festival took place during what would’ve been College Beach Weekend, a time where students of historically black colleges and universities, come to the city to have fun. Last year, multiple people were shot and residents wanted the event banned and even started petitions. This is where Pharrell stepped in to save the day. He wanted to show people that black and brown kids can have a safe, and fun weekend in town. He didn’t want a weekend that was so special to local HBCU students to be diminished. Then came ‘Something In The Water.’ This weekend, there were no reports of major crime, according to Pilot Online.

As someone who experienced the festival first hand, let me tell y’all, it was nothing short of AMAZING. Everyone genuinely was happy and positive and there to have a good time. Never once did I feel unsafe as I looked into the crowd of diverse faces. Not only did he bring the city together, he put the city back on the map by bringing big names to perform. Acts like Jay Z, Pusha T, Chris Brown, SZA, Jhené Aiko, J Balvin, Diddy, Usher, and Charlie Wilson had the crowd dancing all night.

There was something to do for everyone  who paid for a wristband and even things to do for people who did not have a wristband. Hip hop and R&B not your thing? No problem. Pharrell had a pop up church on the beach that was free and open to the public. Don’t want to spend $6 on a bottle of water? Pharrell had you covered with free water at various locations around the event. There was Trap Karaoke in the convention center, a SONY stage with performances, pop up shops all along the oceanfront strip, and new artwork all over the beach giving visitors a warm welcome.

Pharrell furthermore proved a point that when you give the youth something to do, less crime and violence will happen, if any at all. All in all, I had the time of my life at ‘Something In The Water’ and I can’t wait to see what Pharrell has up his sleeve next year! He has definitely set the bar high.

Special thanks to SITW for inviting us to check out the event as media. To check out video footage of the performances, check out our Instagram at HipHopVibe1.

Continue Reading
You may also like...
Related Topics:pharrell, Review, something in the water festival, virginia beach

More in Articles
HIP-HOPVIBE.COM partners with “The Hustle” movie for ticket giveaway in select cities #HustleMovie
Connecticut Police Defend Clout-Chasing Woman Who Vandalized Nipsey Hussle Mural; Says The Area Is “Welcome To Graffiti And Art” And “Dozens Of Murals Have Been Sprayed Over” [VIDEO]