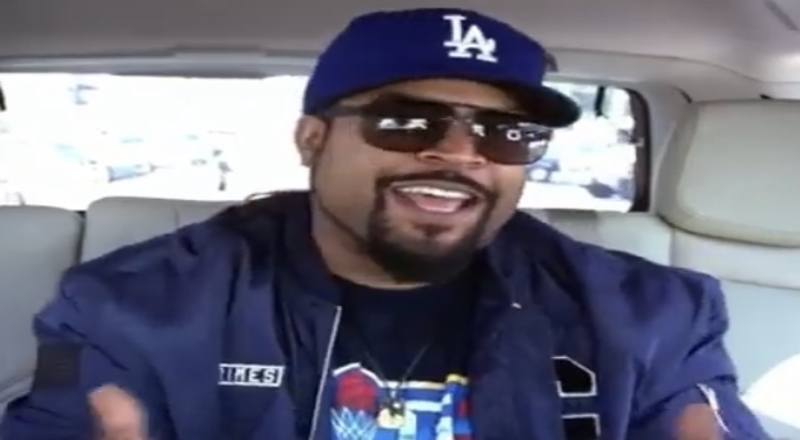 The Los Angeles Dodgers were eliminated in the National League Division Series by the Washington Nationals, 3-1, last week and that made it another season where they’d fell short of winning a World Series. They made back to back appearances to the World Series in 2017 and 2018 but fell to the Houston Astros and Boston Red Sox.

TMZ Sports caught up with LA native and hip-hop legend Ice Cube and was asked about why his team keeps choking in the playoffs. He quickly said the answer was that they need to finally start signing some black players. The Dodgers don’t have any with the only representation being Manager Dave Roberts who is black and Asian and team Co-owner, Magic Johnson.

The only players on the Dodgers of non-white ethnicity are Pedro Baez, Dennis Santana, Kenley Jansen, Keibert Ruiz, and Andrew Toles. According to USA Today, there are only 68 African American players on MLB rosters which is the lowest since 1958. MLB definitely needs to find ways to bring more of them to their teams. Latino representation in the league has been phenomenon over the years but the same needs to be done with black players as well.

Check out Ice Cube saying the Dodgers need more black athletes on the squad below.