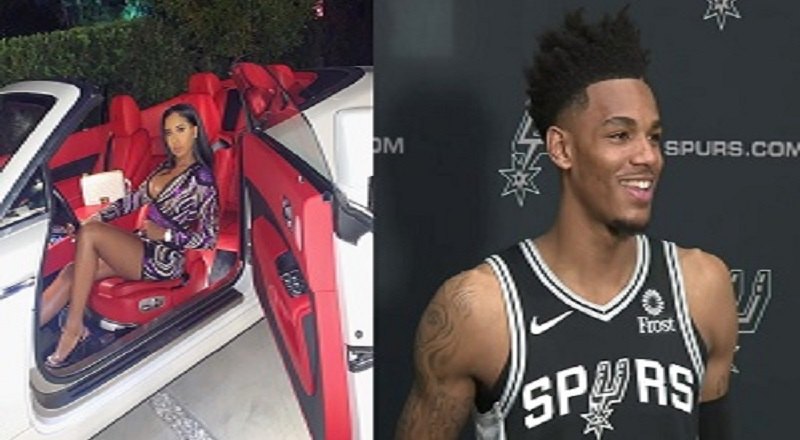 Recently, @yellowdol has been getting a lot of attention. Making her name as a popular Instagram model, she has the well-known men thirsting after her. Rumors have tied her to Future, a man that’s always associated with a woman, or two.

@yellowdol, meanwhile, is just beginning to have her name really being put out there. But, one of the brightest rising NBA stars has had her on his radar, apparently. Rising NBA star, Dejounte Murray, who plays for the San Antonio Spurs, hit her up, and got on her bad side.

The only thing we can confirm is that Dejounte Murray definitely did slide in @yellowdol’s DM, once. However, @yellowdol exposed that DM, and shared others from other accounts. She claims those accounts were all Dejounte Murray burner accounts, where he stalked and harassed her.

More in Hip Hop News
Joycelyn Savage Partners With Subscription Content Service, Patreon, to Expose What She’s Gone Through Being With R. Kelly and The Promises He Didn’t Keep in Helping Her Music Career [VIDEO]
Doja Cat talks “Hot Pink” album, social media, and plays a game of “How Deep Is Your Love” on Hot 97 [VIDEO]