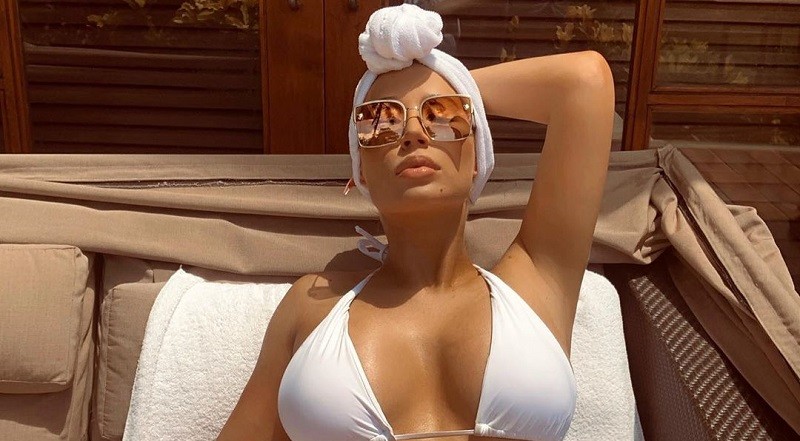 Rumor has it that Iggy Azalea is pregnant and Playboi Carti is the daddy. The two have been dating, for the past year, but the low profile that Iggy keeps has kept this out of the spotlight. However, her recent beef with T.I., on Twitter, put her back in the spotlight.

The return to the spotlight, paired with the pregnancy rumors, have placed Iggy Azalea firmly back in the spotlight. Historically, she is private about her love life. However, Iggy Azalea has spoken more openly about Playboi Carti being her man.

Yesterday, Iggy Azalea posted “I’m single” and caused a lot of controversy on social media. But, Iggy Azalea wasted no time issuing an apology for her rant. She made it clear that she loves Jordan (Carti) very much and that she regrets the outburst of emotion.

More in Hip Hop News
Melyssa Ford Says She Was Humiliated and Coped With Alcohol After The Game Said On 2007’s “Wouldn’t Get Far” Single That She Drove a Honda Accord and Did Anything To Get To Grammys [VIDEOS]
Ari showed up to G Herbo’s #BigJam performance in Chicago, without Moneybagg Yo, but Herb had Taina there, and Megan Thee Stallion performed [VIDEO]