Home » Hip Hop News » India Royale ends rumors of Lil Durk proposing to her, saying she is not married nor engaged 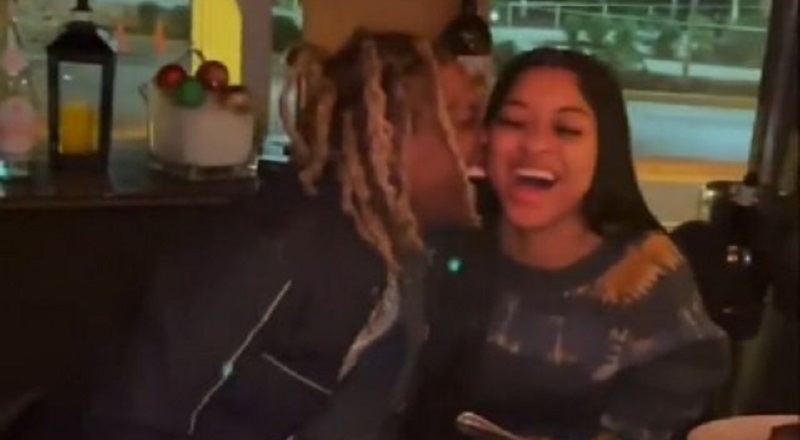 While India Royale may be his Beyonce, she is not Lil Durk’s wife. Recently, there were rumors of Durk proposing to India. When a fan offered congratulations to Durk and India, she made it clear the two are not engaged.

Since 2019, Lil Durk has been on an incredible run. He originally made his debut, in 2012, but Durk has gone on a run, lately. Now, he is considered one of the most-popular rappers in the game.

On social media, Lil Durk and India Royale are fan favorites, considered #couplegoals. With that, fans were excited to learn they were engaged. But, India shut all of this down, saying she’s not married nor engaged.

More in Hip Hop News
Teyana Taylor Says She Will Take a Few More Days Off, To Recover, After Being Hospitalized For Exhaustion
Saweetie has flowers sent to her, days after Lil Baby rumors