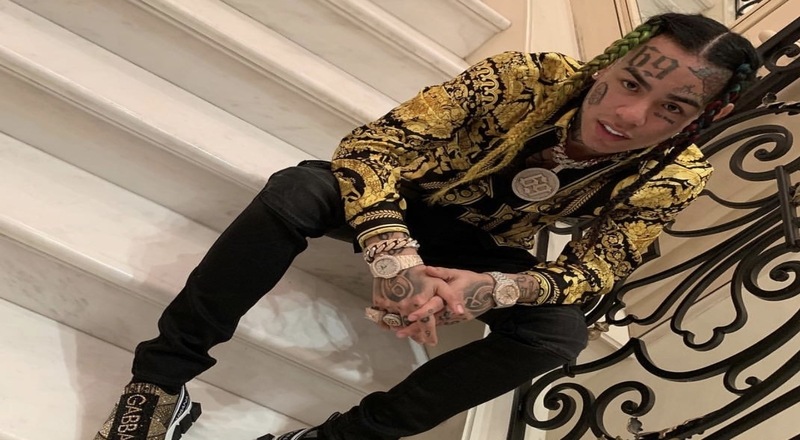 Tekashi 6ix9ine was recently moved to a new NYC prison and he requested that he be moved away from gang members. Now, a few inmates are reportedly fed up that he’s receiving some sort of special treatment, according to TMZ.

The new prison is known for informants and a dorm was supposedly cleared out and put back in the inmates with no gang ties. 69 was put in a separate dorm with 11 other inmates and is known for housing high-profile people, crooked cops and child predators.

Inmates did see 6ix9ine being placed with this group as special treatment. One inmate was so pissed off about it that he started singing a song to clown 6ix9ine as a sexual predator. 6ix9ine recently beat a case where he was accused of sex with a minor in 2015.

6ix9ine’s lawyer Lance Lazarro is denying his client receiving any kind of biased treatment. 6ix9ine is currently facing a case dealing with murder conspiracy, weapons, and assaults involving in gang-related incidents all over NYC.

More in Hip Hop News
Lil Durk talks about his girlfriend, India, what’s off limits in the bedroom, and more + Richelle Ryan talks about why she got into the adult industry and what she’ll never do on camera on Angela Yee’s Lip Service [VIDEO]
Blac Chyna gets into a physical altercation in Nigeria, where she is promoting her skin bleaching cream, when locals pull up on her, attacking and trying to fight her [VIDEO]