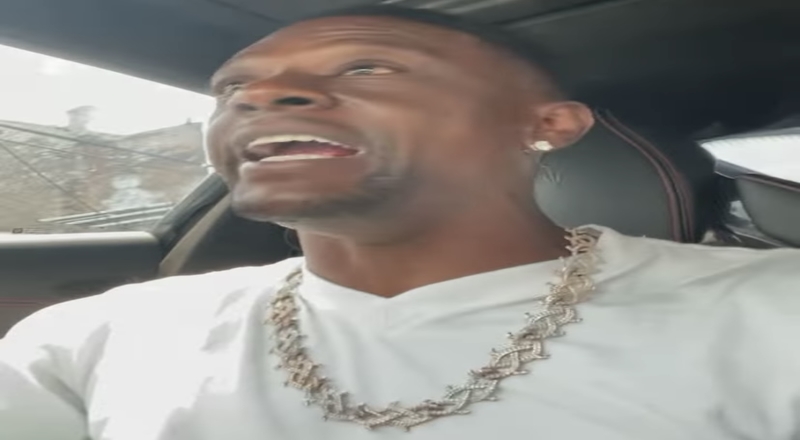 This morning, Instagram CEO, Adam Mosseri, appeared on The Breakfast Club. One of the topics brought up by DJ Envy was how Boosie’s IG account kept getting suspended last year, after initially putting naked women on his Instagram Live sessions. Whenever Boosie tried to make new accounts, there would end up being technical issues, such as him not being able to use the IG Live function anymore.

Mosseri explained how the nudity situation played a role in Boosie losing his accounts, and how after a certain amount of strikes, deactivation happens. Boosie ended up seeing these clips on The Breakfast Club, and agreed with Envy mentioning how Kim Kardashian and Ariana Grande supposedly post sexual content, but don’t get suspended.

Boosie ended up claiming how Mosseri won’t get rid of Kim K and Grande’s accounts, because he wants to be “sexually related” with them and has dreams of “messing with them.” Boosie soon posted videos to his IG account, where he asked Mosseri to give his account back, which originally had over 10 million followers. He explained that he feeds his family with his social media activity.

At this point, Boosie also wants to get on The Breakfast Club, and explain this situation. He tagged Charlamagne Tha God, Angela Yee, and DJ Envy, in a video. Check out Boosie calling out IG CEO, Adam Mosseri, below.

More in Hip Hop News
Cardi B Will Reportedly Give Birth on The Week of September 13, Asks Judge To Postpone Trial Involving Defamation and Slander Lawsuit Against Blogger, Tasha K, Which Was Supposed To Take Place That Week
Bobby Shmurda Says New Music is on The Way, and “ShMigo” Project With Migos is Finally Coming [VIDEO]