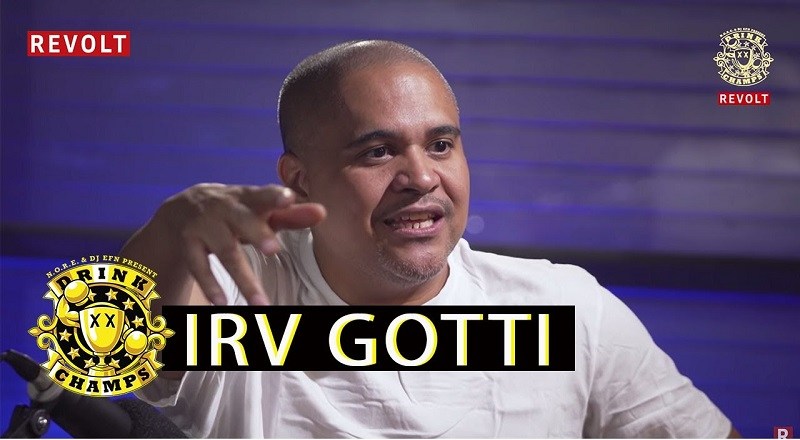 What Irv Gotti has currently going on makes him a candidate for the biggest comeback in hip hop history. Even in the general world of business, his comeback has been epic. From 1999 until 2003, Irv Gotti was a hip hop power-broker.

Irv Gotti single-handedly saved Def Jam, ushering in the era of Jay-Z and DMX, later Ja Rule. This trio brought hip hop into the new millennium and owned the charts. Then, he had the Ja Rule/Ashanti era, which ended far too soon.

Since 2013, Irv Gotti has slowly been rebuilding his enterprise, which was tainted by federal investigation. In 2017, he landed the BET deal, spawning “Tales,” and now he is a power-broker, once again. People flock to him for both music and television, now.

Recently, Irv Gotti stopped by “Drink Champs,” talking to N.O.R.E. and DJ EFN, discussing the generational gap in hip hop. The conversation went to Jay-Z and Dame Dash, where Irv Gotti carefully selected his words, as he explained why Jay is the billionaire, while Dame is not. He revealed he wanted Dame to direct a “Tales” episode for Eric B. and Rakim’s “Paid In Full,” but Dame wanted to take the $1 million budget and shoot a movie, leading to him hiring someone else.

Also, he spoke on his past relationship with Ashanti, admitting he was in love with her.

More in Hip Hop News
Explicit video of man who looks like Kevin McCall, Eva Marcille’s baby daddy, touching himself goes viral on Twitter #RHOA [VIDEO]
Kenya referring to Porsha has her friend has Twitter in shock; Fans are here for the beef being over and the former enemies being friends #RHOA