Home » Hip Hop News » Is Lil Baby engaged to Jayda? Baby posted Jayda on his IG Story at Hawks’ game and she is wearing a huge diamond ring [PHOTO] 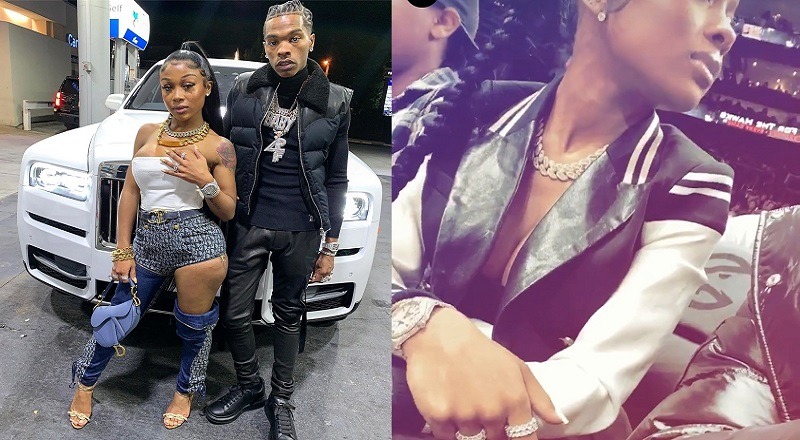 On Wednesday night, Lil Baby and Jayda went out, as he decided to take his girlfriend to the Hawks game. The young team is led by rising star, Trae Young. Unfortunately, he was not able to lead the Hawks to a win over the Milwaukee Bucks.

Last season, the Bucks came into their own, led by Giannis Antetokounmpo. Leading Milwaukee to the NBA’s best record, Giannis briefly had people believing they were going to the Finals. While they’re a very good team, that didn’t happen.

As far as the Hawks go, they made their game competitive, but lost, in the end. Ultimately, the stars came out, as Lil Baby and Jayda were there, as previously mentioned. On social media, they have stolen the show, as people saw Baby’s IG Story, noticed the rock Jayda was wearing, and question if they are engaged.

More in Hip Hop News
Whoa! Old Lizzo tweet resurfaces, going viral of her sharing her own nude booty, when she was in Minneapolis [PHOTO]
Sapphire Gentlemen’s Club in NYC Offering Kanye West and His Sunday Service Choir to Make Appearance After Being Inspired By Them Visiting Joel Osteen’s Church and Houston Jail [VIDEO]