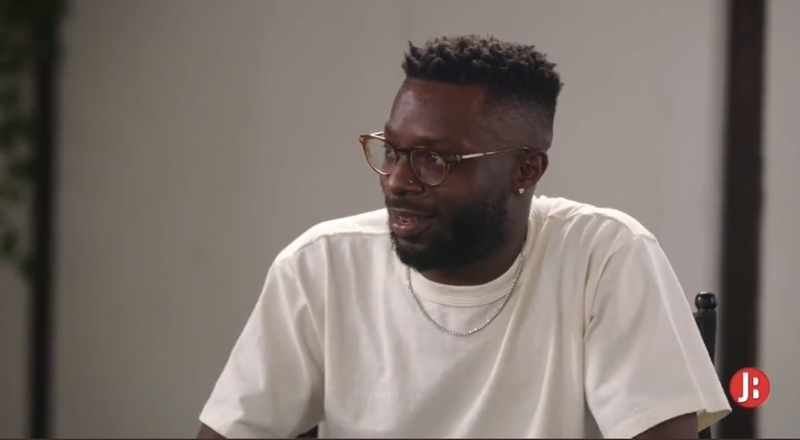 Two months ago, Top Dawg Entertainment rapper Isaiah Rashad, went viral. That happened due to a sex tape of Rashad being leaked, as two other men were in it. Prior to that leak, Rashad never specified if he identified as straight or gay. The sex tape was initially leaked on Reddit.

Following the sex tape leak, Rashad had remained silent, about the situation. Recently though, Rashad opened up about this, on The Joe Budden podcast. There, Rashad he isn’t taking legal action against the leaker, and is viewing this as a time for he and his family to “come together.”

“It’s been a time for my family to come together. Out of everything, it’s been a blessing. With that happening, and my granddad dying a couple of days afterward and my grandma going through what she’s been through, it’s been a concentration of family together more than it had been before so if anything, I can’t be mad at everything about it. I always gotta look at the brighter side.”

Rashad was also asked what he identifies as, sexually. He revealed that he is simply “sexually fluid,” as he is still learning about himself.

“I’d say I’m sexually fluid. I’m still learning about it myself. I’m putting my head in the books to find out the basics of it but basically, I’m not in full control of when I walk into a room who I’m attracted to.”

Isaiah Rashad says that he identifies as being sexually fluid

In his first interview since the sextape tape leak, he opens up about everything pic.twitter.com/YyOrq4Bt3Y

More in Hip Hop News
UGK and 8Ball & MJG compete in legendary Verzuz, in Atlanta [VIDEO]
Kodak Black shows off his haircut and says women love him for his looks