Home » Hip Hop News » Isaiah Rashad thanks fans for support during #Coachella performance, after sex tape which had himself and other men in it, leaked in February [VIDEO] 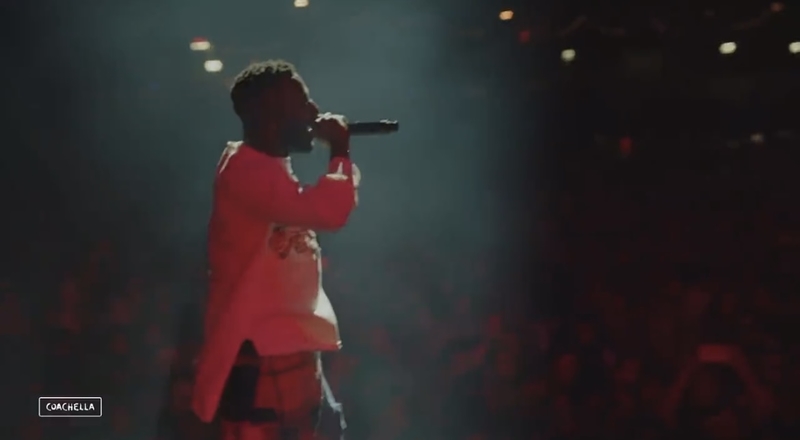 In February, Top Dawn Entertainment rapper Isaiah Rashad was trending heavily. This was due to a sex tape of his that leaked without permission. Rashad was outed, as he was seen giving oral sex to another man. Two men were seen giving him oral sex as well.

Fans have since been supporting Rashad heavily, and he took the time to thank his fans, at his Coachella performance last night. He explained that he reads the messages, and also put up posts on the screen, of people showing love, including The Game. This came after Rashad performed “Wat’s Wrong.”

“I see all the messages and all the positivity,” Rashad said on stage. “Y’all kept me alive these last couple months.”

Rashad went on to have a solid Coachella performance overall. He also performed “Wat U Sed.” which features latest TDE signee, Doechii. Last summer, Rashad put out his third studio album, “The House Is Burning.” That was his first album since fall 2016, as it saw a number seven debut on the Billboard 200 chart. It was led by singles such as Wat U Said and “Lay Wit Ya,” featuring Duke Deuce. SZA, 6LACK, Lil Uzi Vert, Jay Rock and more, were also featured.

Doechii comes out to perform “Wat U Sed” with Isaiah Rashad at #Coachella pic.twitter.com/l0BkYu78Qy