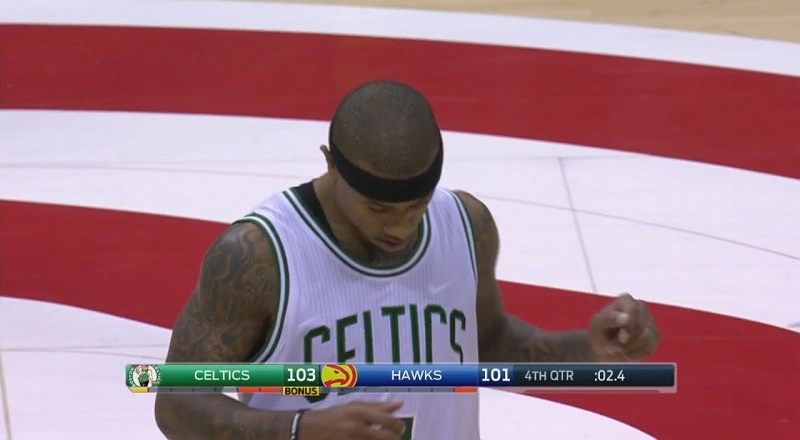 Looking at how far Isaiah Thomas has come, it’s hard to imagine him being the last player drafted. Scouts overlooked him and he spent his first few seasons getting almost no play in Sacramento. His role got bigger in Phoenix, but they couldn’t get it right, either.

By the time Isaiah Thomas got to the Boston Celtics, he was considered a journeyman. But, he showed the NBA he was a real leader when he took that team from the bottom of the standings to the playoffs. Then, he did it again, last season.

Last year, the Hawks knocked Isaiah Thomas and the Celtics out of the playoffs. This year, though, tonight, Isaiah Thomas buried the Hawks with his game-winning shot. Now, the NBA fans are all over him on Twitter, they want him for the All-Star game and for the MVP and Jamie Foxx is among those fans.

Read the tweets about Isaiah Thomas below: