Home » Hip Hop News » It Sounds Like Cardi To The Stage!: Cardi B Is Making Her Film Debut Alongside Jennifer Lopez In Upcoming Drama Titled ‘Hustlers’ 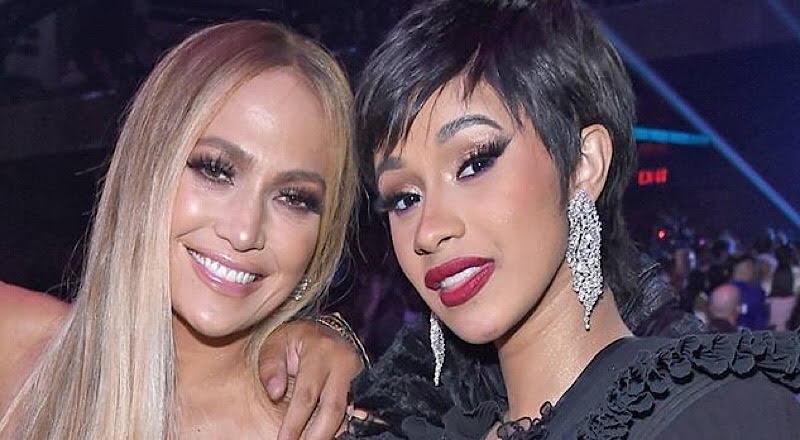 The “Be Careful” femcee, Cardi B is headed to the big screen! Cardi is making her film debut in an upcoming drama titled, Hustlers, and will be acting alongside fellow Bronx native, Jennifer Lopez.

These two ladies recently collaborated on a single together called, “Dinero,” and now the duo will star in a flick that follows revenge-seeking strippers, who band together with a group of fellow exotic dancers to scam their male Wall Street clients out of thousands of dollars.The story takes place during the financial crisis of the early 2000s and is set in New York City. The Lorene Scafaria directed-film is produced by STXfilms and is based on an article, The Hustlers At Scores written by Jessica Pressler from the 2015 New York Magazine.

As if the pilot itself wasn’t intriguing enough, the exciting and talented lineup of performers that are joining the cast really take things to the next level! According to Deadline, Crazy Rich Asians star Constance Wu and Riverdale‘s Lili Reinhart will be joining Cardi and Lopez on screen along with Keke Palmer and Julia Stiles.

Although it may be Cardi’s first big movie role, the Grammy-award winning rapper is no stranger to being on screen or the nightclub life. Before seeking fame through music, Cardi funded her dreams by working as an exotic dancer in New York. As we know, Cardi is proud of her past, but has confessed that her mother wasn’t pleased with her means of making money back then.

Keep your eyes peeled for those star sightings because filming will begin in the streets of New York City on March 22nd!

More in Hip Hop News
Daniel Caesar … WTF is this man talking about, “bridge the gap”? Twitter wants to know; Some are calling him Daniel Ceaser, but him coming for black people “being mean to white people” and them being mean to black people is a “thing of the past” comment has people upset beyond measure with him [VIDEO]
You’re Going to Jail! 15-year-old Bhad Bhabie Blasts 19-Year-Old Trippie Redd For Texting Her Telling Her to Come Over Alone: “oh but 69 the one who like lil girls” [PHOTOS]