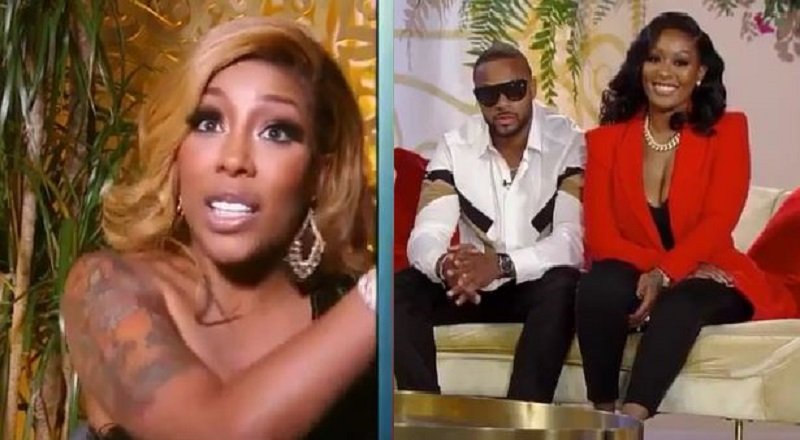 Anyone who is familiar with the “Love & Hip Hop” franchise knows that the women are more than open. Since the “Atlanta” series started, the women, namely K. Michelle and Joseline, were openly bisexual. When they were friends, they even got it in.

K. Michelle ended up moving on from “Atlanta,” a couple of times. She landed in “Hollywood,” a year after she was originally rumored to be joining the show. When she landed, K. Michelle reunited with Paris, eventually getting into a fight.

Before getting into it with Paris, K. Michelle cleared the air with Teairra, over the Akbar situation. K. Michelle was quick to apologize, when Teairra Mari confronted her, and then shifted her attention to Sade, Akbar’s wife, and looked like she would bag her. The fans on Twitter were definitely up for Sade and K. Michelle!

Read the tweets about Sade and K. Michelle below:

More in Hip Hop News
Twitter Fans React To #LHHH “Love Triangle” between Teairra Mari And Akbar’s, Wife & Girlfriend, Calling His Girlfriend Alejandra Stupid If She Takes A Charge For Akbar “Alejandra Is Just Plain Stupid” #LHHReunion
New Orleans man gets arrested for threatening to blow up a bathroom and tells authorities that it had nothing to do with a bomb, LMAO! ; Charlamagne shares [PHOTO]