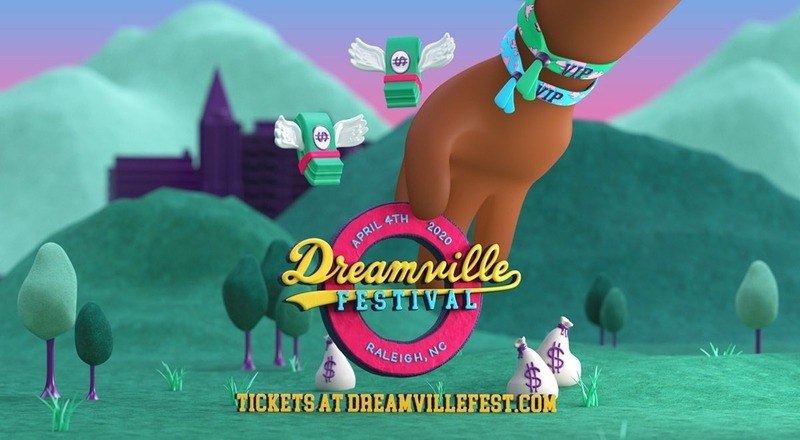 In 2018, J. Cole’s Dreamville Festival was postponed to April of this year after the state of North Carolina was dealing with Hurricane Florence. Among the performers back in April were SZA, Big Sean, Teyana Taylor, 21 Savage, 6lack, J. Cole, and other Dreamville artists such as Ari Lennox, JID, Bas, EarthGang, and Omen.

Now, the NC legend has announced that Dreamville Festival will be back at it again on April 4, 2020. Cole is very confident in this festival being successful as well as he labeled it as “legendary.” It will all go down again in Raleigh, NC at Dorothea Dix Park. Different ticket packages include general admission, JV, Varsity, and MVP. Pre-sale tickets are on sale now.

Tickets on sale tomorrow at 12pm EST at https://t.co/rV4zQL6onI pic.twitter.com/E2YJ9JFnNI

Official tickets for the festival will be made available to the public on December 11, at noon. Lineups have yet to be announced but that may come at the beginning of the new year. Cole and his Dreamville label have had a huge 2019 as they released their “Revenge of the Dreamers 3” album this summer which has been certified gold so far.

More in Articles
#ripnickcannon: Eminem responds to Nick, saying he doesn’t even have a driver, asking if Nick’s mad + Nick shares pic of Samuel L. Jackson as Uncle Tom, tagging 50 Cent, after 50 says he should beat him up for dissing Em [PHOTOS]
Woman on Twitter, @chachachanise, was assaulted by the husband of the Assistant Attorney for the city of Dallas, accusing him of grabbing her neck, and calling her a “f*cking b*tch,” repeatedly, sharing the video, and claims she did nothing to him [VIDEO]