Home » Hip Hop News » J. Cole announces the 4 Your Eyez Only world tour, which starts on June 1 in South Carolina 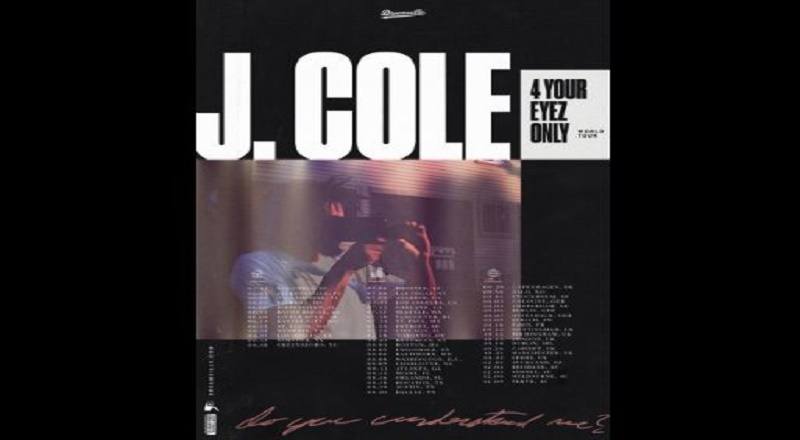 What J. Cole has managed to do has been so inspiring. Even the early days of his career were inspirational, as Jay Z made him Roc Nation’s first signing. Then, on The Blueprint 3, he featured J. Cole on one of the biggest tracks on the album, “A Star Is Born.”

The two year wait on Cole World ended up being well worth it. His subsequent album releases would not have people waiting all that long, if anything, his recent albums were surprises releases. Still, J. Cole managed to go platinum and gold with no features, breaking records.

This morning, J. Cole is one of the biggest trending stories and it comes with no drama. After letting 4 Your Eyez Only rest, a little while, J. Cole is back with the tour. The tour launches on June 1 in South Carolina at The Music Farm in Columbia.

More in Hip Hop News
Keyshia Cole talks past relationships, no new friends, and her single, “You,” with #TheBreakfastClub [VIDEO]
Kimbella kills #LHHNY reunion show with her “you not busy enough” line; Fans still think she’s annoying and want to know why she’s in the Yandy baby mama drama (Kimbella vs. Erika full fight included) [VIDEO]