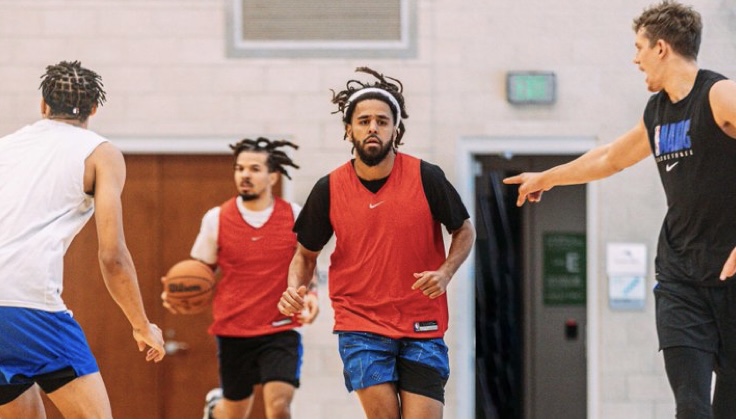 At the beginning of the summer, J. Cole surprised everyone, by playing professional basketball, in Africa. Cole played in six games with the Rwanda Patriots, and even though he didn’t put up the prettiest stats, he was still living his dream.

In August 2019, there was speculation that Cole could also get some NBA tryouts. The Detroit Pistons extended that offer, but it didn’t end up happening.

Now, Cole has been seen practicing with the NBA’s Orlando Magic. A photo has gone viral, where he’s seen running up the court, with point guard Cole Anthony running the play. Hopefully, this is the start of Cole being able to finally be on an NBA roster. He used to be a walk-on at St. John’s University over 11 years ago as well.

Check out Cole at the Magic’s practice below.