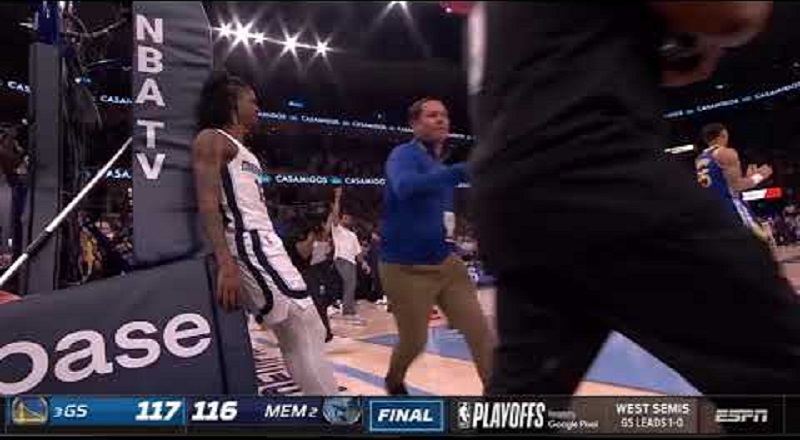 Ja Morant gets dragged by Twitter for dissing Klay Thompson

Ja Morant had an incredible season and there is no denying that. Honestly, Ja Morant should have been the MVP, this season. If not for Morant suffering the late season injury, he may have been this year’s MVP. Morant led the Memphis Grizzlies to a franchise high second seed in the West.

Ja Morant and the Memphis Grizzlies are a young and fun team. However, Ja Morant personally guaranteed people would include “winning team,” when they speak on Memphis. As a result, Ja Morant did win the Most Improved Player award. In the playoffs, Ja Morant and Desmond Bane formed a duo, and they were surprised by a scrappy Minnesota Timberwolves team in the first round. After that, Ja and the Grizz met the Golden State Warriors, where a rivalry has formed.

Ja Morant was billed as the future, during the Warriors series. Steph Curry, meanwhile, was labeled as “passing the torch.” Jaren Jackson, Jr. mocked the Golden State Warriors’ motto, “Strength In Numbers” on Twitter. After the Warriors won the 2022 title, Klay Thompson called Jackson a “bum,” among other things. This led to Ja Morant tweeting “a lot of real estate,” to which Draymond Green responded by saying Boston’s real estate was more valuable. Now, Twitter is going in on Ja.

Ja Morant gets dragged by Twitter for dissing Klay Thompson