Home » Hip Hop News » Ja Rule receives major props, from Twitter, for bringing Lil’ Mo and Vita out to perform “Put It On Me” on #Verzuz 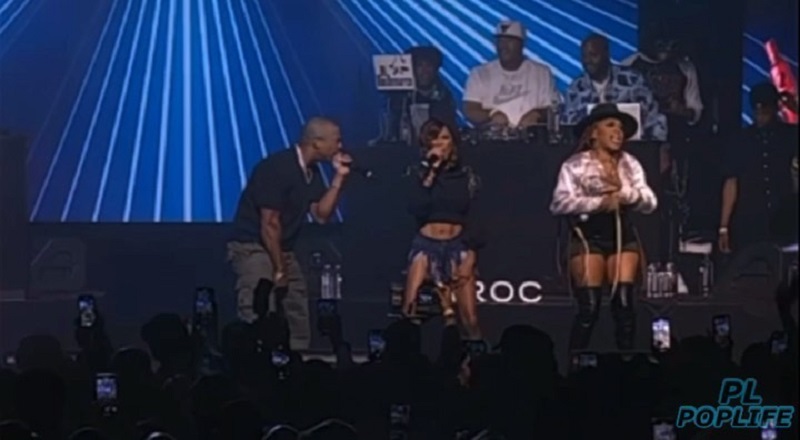 After years of being the butt of jokes, Ja Rule has received his flowers. Twenty years ago, he had the game on lock, and working with him was a guaranteed hit. Before Ashanti, Lil’ Mo was his go-to for the hooks.

Ja Rule put himself on the map, with his “Between Me and You” single. However, it was “Put It On Me” that made Rule into a true superstar. That song ended up being the hit it was, because Lil’ Mo was on the hook.

When Ja Rule began bringing the hits, he pulled “Put It On Me” out. Definitely, he brought the nostalgia, as Lil’ Mo and Vita walked out. This drove Twitter wild, as they credited Ja for bringing them out.

Continue Reading
You may also like...
Related Topics:apple music, between me and you, featured, ja rule, lil' mo, put it on me, triller, verzuz, vita