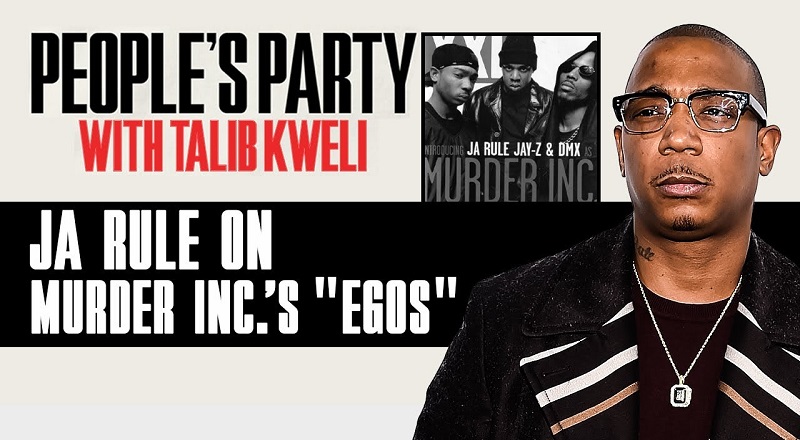 Twenty years ago, Ja Rule was on top of the rap world. He was standing heads and shoulders above the rest of the game. Back then, even Jay-Z wasn’t putting up the kinds of numbers Ja Rule was doing, daily.

The irony was that Ja Rule, initially, was the third member of the Murder Inc. group. That trio definitely had Jay-Z and DMX more prominent than him. Also, their debut albums came before him, but Ja Rule had his moment in time.

Ja Rule spoke with People’s Party, with Talib Kweli, along with co-host, Jasmin Leigh. The conversation definitely touched on the Murder Inc. group. But, Ja Rule also discussed his own career journey, his love for Irv Gotti, and much more.