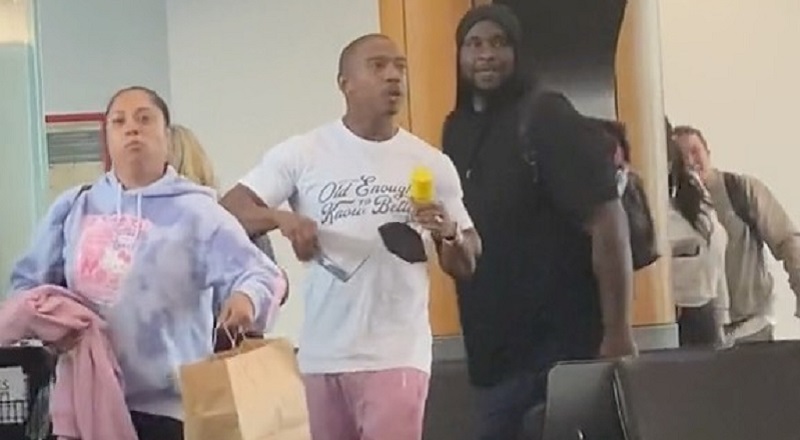 Ja Rule and Xzibit spotted singing and dancing at the airport

Ja Rule experienced breakout success, during the 2000-2001 period, as did Xzibit. In the case of Rule, he would take over the game, for some time. Meanwhile, Xzibit took his bond with Dr. Dre to the next level, as Dre served as the executive producer for his album, Restless. That album boasted the Dre-produced single, “X,” as it became his first platinum album. A year prior, Rule and Xzibit collaborated on the Life soundtrack.

Ja Rule saw his career take a downturn, when his feud with 50 Cent became public. With 50 Cent signed to Dr. Dre and Xzibit being an associate, he ended up inadvertently being on the opposite side of Ja Rule. In actuality, Xzibit likely considered himself uninvolved in the beef, entirely. However, he not only makes a cameo on 50’s “In Da Club” video, he is also given a shout out in the opening verse of the song. When it came to the beef, however, no one from Ja’s side ever mentioned Xzibit.

Ja Rule has mostly settled his beefs from that era, except with 50 Cent. In the case of Dr. Dre, Irv Gotti revealed they had a long conversation, after which they became friends again. After that, Dre allowed Irv to use NWA’s “F The Police” for the first episode of his BET series, “Tales.” Meanwhile, Ja Rule has done tours with many of his former foes. Currently, he is headed to Australia for Juicy Fest, alongside Mya, Ne-Yo, and Bow Wow. Rule and Xzibit arrived to the airport together, as they sang and danced to Michael Jackson.

Ja Rule and Xzibit spotted singing and dancing at the airport