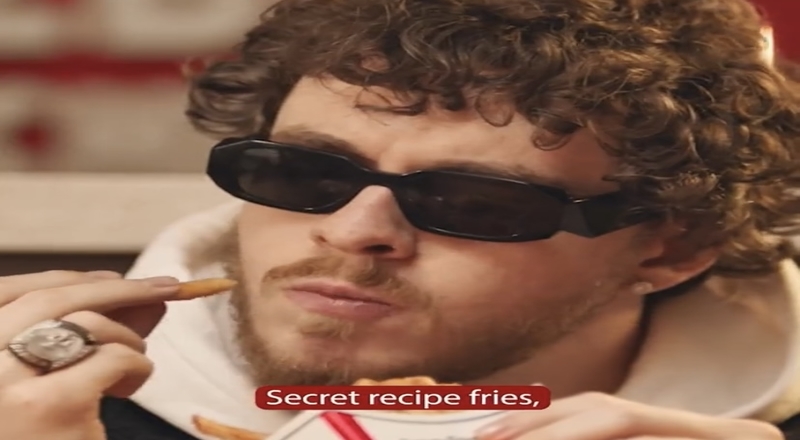 Jack took to his social media feeds, to post a video of an ad that he filmed, with KFC. This was very fitting, considering that both of them are extremely popular now, in the state of Kentucky. Meanwhile, Jack captioned his posts “The two faces of Kentucky are officially linked up @KFC #KFCpartner”

Jack is seen in this ad, trying some of his favorite items at KFC. These include three chicken tenders with ranch dressing, a spicy chicken sandwich, secret recipe fries, two biscuits, and mac & cheese.

This new KFC collaboration comes over a week after Jack announced that his sophomore album will be released on May 8. This project is titled “Come Home The Kids Miss You.” Last month, Jack released the lead single for the album, “Nail Tech.” The music video for it also featured cameos by City Girls rapper, Yung Miami.

The two faces of Kentucky are officially linked up 🤞🏻 @KFC #KFCpartner pic.twitter.com/zTqecZA85q

More in Hip Hop News
Kodak Black’s producer, Dyryk, seemingly confirms that it was Kodak, who Latto claimed tried to flirt with her; Dyryk says Latto acted like a diva
Mellow Rackz – “What I Want” [VIDEO]