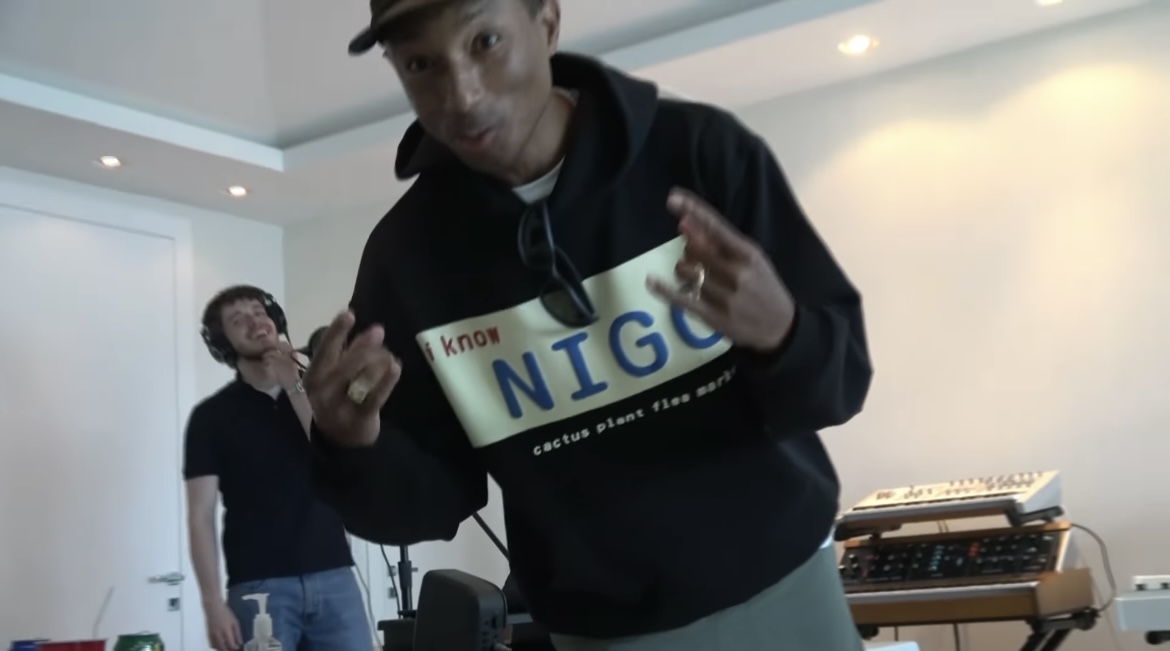 On Friday, Jack Harlow will be releasing his sophomore album, “Come Home The Kids Miss You.” This project is led by hit singles such as “Nail Tech,” and the chart-topping “First Class.”

This week, Harlow revealed the official tracklist for Come Home The Kids Miss You, as the Louisville rapper has some epic features. These include Pharrell Williams, Drake, Justin Timberlake, and Lil Wayne. The album will have 15 songs, in total.

One of the songs that fans are looking forward to on Harlow’s album, is “Movie Star.” This also includes an appearance from Pharrell. On Wednesday, Harlow took to his Instagram feed, to show him and Pharrell recording the song together. In the clip,

Pharrell said that he likes everything he and Harlow have worked on together, but this particular song is what really got him excited. He even said that “This is history.”

Harlow is projected to earn his first number one album next week, after the first-week sales for Come Home The Kids Miss You, are finalized. Back in 2020, Harlow saw a number five debut, for his debut studio album, “That’s What They All Say.”