Home » Hip Hop News » Jackee’ Harry and Lil Mama have gotten into social media beef, over Lil Mama’s LGBTQ comments, as Harry clowns her “Lip Gloss” hit, and Lil Mama refers to her as an “old b*tch,” telling her “kiss my a**” [PHOTOS] 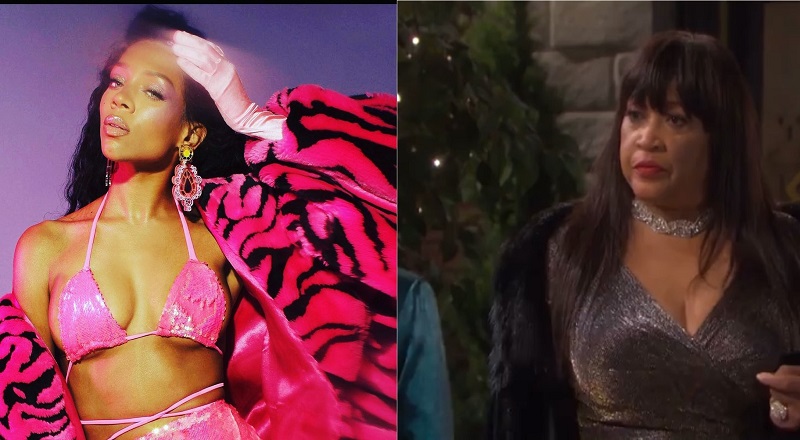 Through her career, Lil Mama has appeared to be a magnet for controversy. While people are quick to criticize and judge her, they overlook all that she’s gone through. As she was rising to fame, her mother died, and she wasn’t even 20.

Dealing with such a horrific loss, alone, Lil Mama did the best she could to cope with it. Going to the 2009 VMAs, she ended up crashing Jay-Z and Alicia Keys’ “Empire State of Mind” performance. This is something she was still taking losses for, nearly five years later.

Recent years have seen Lil Mama overcome a lot of the drama, reinventing herself as an actress, being lauded for several of her film roles. This past week, Lil Mama made controversial comments about the LGBTQ community, announcing her launch of the “Heterosexual Rights” movement. Backlash was sparked, with Jackee’ Harry taking the lead on this, taking to Twitter to clown Lil Mama, with “Lip Gloss” jokes, prompting her to respond, referring to Harry as an “old b*tch,” eventually ending her rant with “kiss my a**.”

See the entire feud between Lil’ Mama and Jackee’ Harry below:

More in Hip Hop News
Lil Durk, and his crew, get surrounded by Texas goons, after his Dallas show, leading to shooting, which left one person dead, and five others injured [VIDEO]
Meek Mill gets clowned by a fan on Twitter, after tweeting “I grew up in poverty,” and a fan replies “n*gga we know”