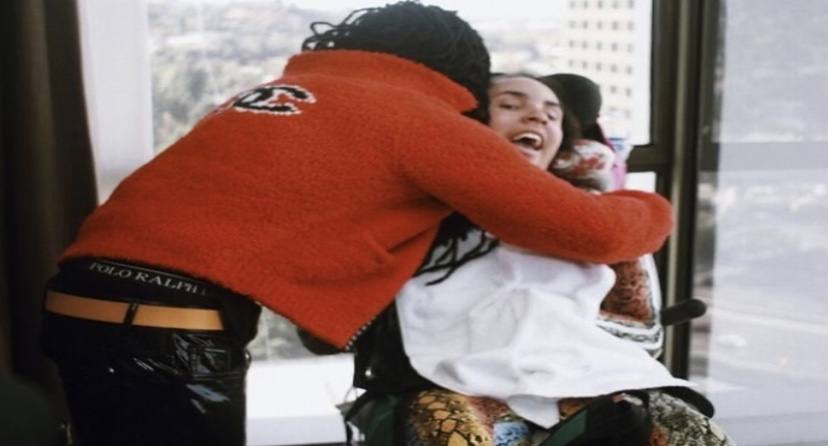 Jacquees released his second album ‘King of R&B’ and wanted to stick to his claim that he really does run the genre. Fans of the Georgia native approved of the project heavily as it’s still trending on social media.

Jacquees always does an amazing job of showing fans love as well as this was the case with 17-year-old Samira in Los Angeles. She’s a huge fan of Jacquees as she has a lot of his merchandise and has been to many of his concerts. He was able to meet Samira through the Make-A-Wish Foundation, according to TMZ.

Samira suffers from a bad nervous disorder which has her in a wheelchair. Jacquees hung out with her for an hour and he even sang his ‘Fact or Fiction’ song  to her. He went on to sign her photos and merchandise that she has of herself at his concerts.

To cap off the amazing visit, Jacquees gave Samira lifetime passes to all of his concerts. Samira last admiration for Jacquees has been amazing as she woke up to one of his songs when she was in a coma and listens to his music every night before going to sleep. Big salute to him for making such as huge impact in Samira’s life with his music and with this special visit.

Continue Reading
You may also like...
Related Topics:jacquees, make a wish foundation

More in Articles
Drake got booed off stage at Camp Flog Gnaw, last night, because fans wanted Frank Ocean as the surprise guest; Twitter is disgusted, asking how one boo’s Drake [VIDEO]
Tokyo Toni blasts Blac Chyna for not promoting her show, saying she raised her, but doesn’t know who she is anymore, calling her despicable #TokyoToniFindingLoveASAP