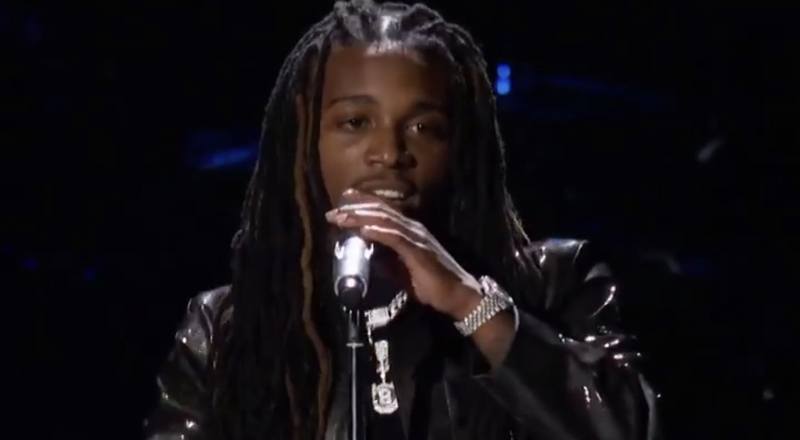 2018 was a solid year for Cash Money Records’ Jacquees. He released his debut album “4275” which featured the singles “B.E.D.” and “Inside” feat. Trey Songz. He also ran into a little controversy as many accused him of trying to profit of of his remix of Ella Mai’s hit single “Trip.”

Jacquees is now taking to Twitter to say that his sophomore album will arrive in 2019 and a tour will follow that up. He’s been one of the top R&B artists in the game so his second album and new tour should continue to build off of his current success. Check out Jacquees announcing his new album and tour below.

More in Album Preview
Fans on Twitter are calling Drake gay, accusing him of sleeping with transgender woman, Nikita Dragun, after she posts video, claiming she slept with A-list rapper
Yung Miami was 13 in the 3rd grade? Video clip of her on #TheBreakfastClub goes viral, as she talks about her life growing up, where she speaks on her age [VIDEO]