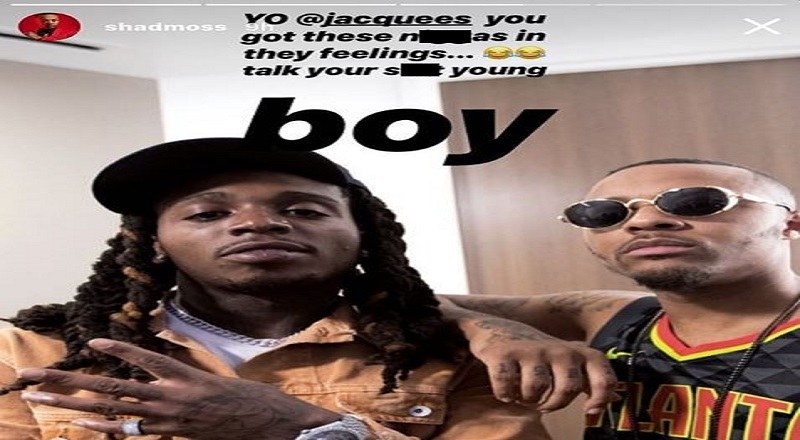 Yesterday, Jacquees was feeling himself, and he did a video, telling people he was the king of R&B. The Cash Money crooner did his best to specify that he meant “RIGHT NOW.” But, everybody knows how this game is, and what social media makes it.

Veteran singers, of the 2000s, came for Jacquees, hard. J. Holiday hilariously came for Jacquees, getting mistaken for valet, in the middle of his video. Fans found that funny, but a real debate about Jacquees and the king of R&B was born.

Jacquees definitely has people talking, so Bow Wow got into the mix, as he does. But, the fans seem to be torn on what Jacquees is saying, as a lot of them are going in on him for being best-known for doing covers, instead of his own music. They said he has growing to do before stepping over Chris for the crown.

Read the tweets about Jacquees below:

More in Hip Hop News
Gucci Mane talks “Evil Genius,” face tattoos, advice for 6ix9ine, and more with Big Boy [VIDEO]
Chinese Kitty gets put on blast, after claiming Trina smashed Meek Mill, and Trina responds in 99 Jamz interview “do not call my name, do not say my name, do not mention my name!” #LHHMIA [PHOTO + VIDEO]