Home » Hip Hop News » Jada Kingdom calls out Asian Doll on Instagram, and claims that Asian cheated on King Von, and had sex with Quavo and Lil Meech 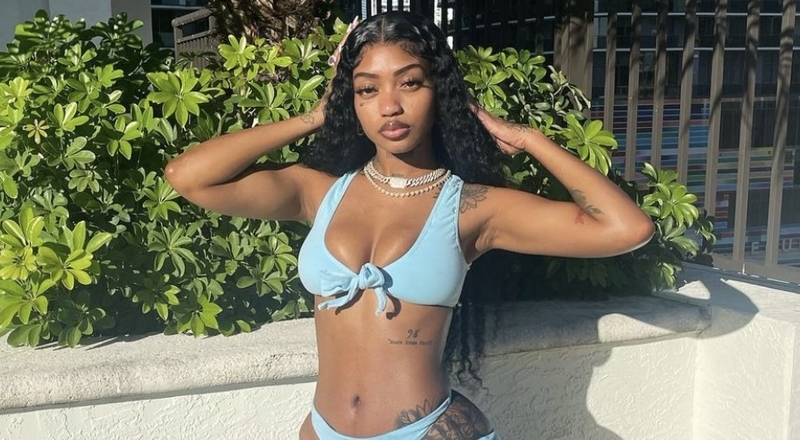 Asian Doll has been a popular name in hip-hop over the last two years, due to her previous relationship with the late King Von. She evven got a tattoo of Von’s face on her hand, and also got a chain dedicated to him.

This month, Asian also has social media buzzing. This was due to her calling herself the “King of Drill” and also bashed Erica Banks for her comments on Nicki Minaj. Now artist Jada Kingdom is calling Asian out, on Instagram.

Jada and Asian used to be friends, but ended up falling out. Jada claims that Asian slept with both Quavo and Lil Meech, as both rappers only wanted sex wit her. Jada also added that Asian was cheating on King Von before, as well.

“Quavo f*cked yu and sent yu off with NADA… Lil meech f*cked you and disappeared… don’t let me start talking who yu told me yu was f*cking while with von. girl yu a THOT. Yu didn’t see me as a friend. Yu wanted a sidechick & a bodyguard whole time i was too busy being genuine to realize. I ignored everyone who tried to warn me and now look.”

More in Hip Hop News
White woman slaps a cop in Sephora and bites him, but claims the cops attacked her [VIDEO]
DaBaby charged with felony battery, after attack on man who tried to stop DaBaby and his crew, from shooting a video on his property