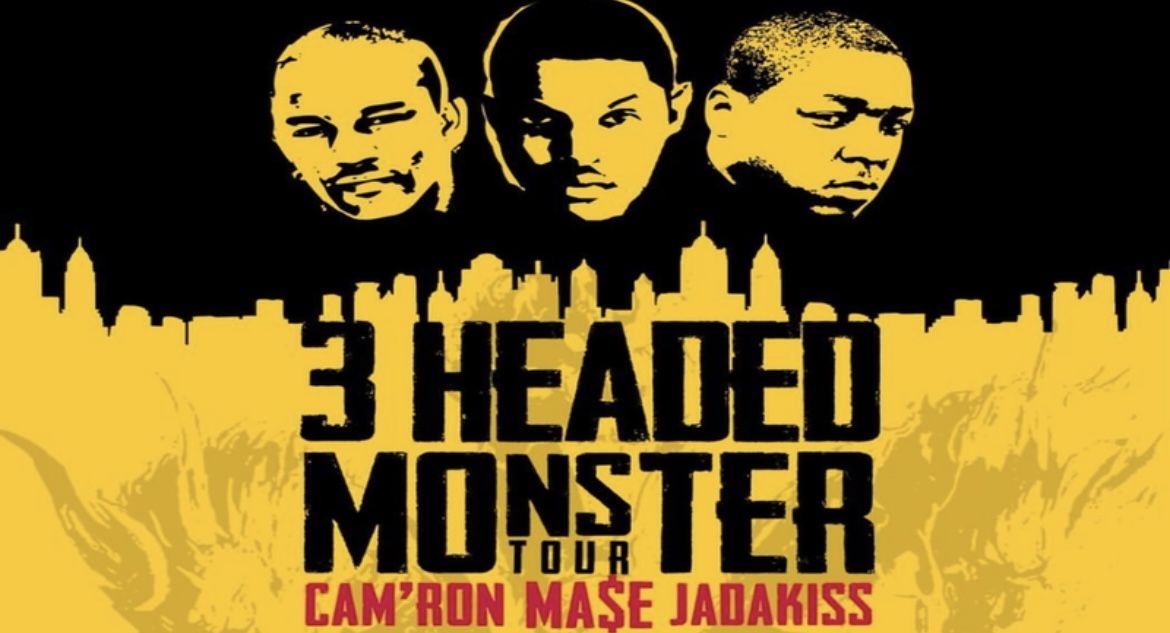 More major tours are coming this fall, and now, plenty of east coast hip-hop fans can appreciate this latest announcements. Cam’Ron, Jadakiss and Mase will all be venturing on their “3 Headed Monster” Tour. This was announced by the legendary lyricists, on social media, on Friday afternoon.

The 3 Headed Monster Tour will kick off on October 19, in Bridgeport, CT. Seven dates will be available, as it’ll conclude on October 30, in Ft. Lauderdale, FL. Other cities on the tour include Philadelphia, Elmont, NY, Pittsburgh, Norfolk, VA, and Augusta, GA. Tickets for the 3 Headed Monster tour will officially go on sale on September 13, at 10AM.

Jadakiss, Cam’Ron and Mase all built their careers in the 1990s, as they also each went on to have solid runs in the 2000s, as well. In August 2021, Jadakiss went viral again, for The Lox dominating Dipset, in a Verzuz, at Madison Square Garden. Mase has also been trending this summer, due to him reportedly giving Fivio Foreign a controversial contract, prior to Fivio’s breakout success.

Check out the full list of dates, cities and venues for Jadakiss, Cam’ron and Mase’s “3 Headed Monster” Tour, below.