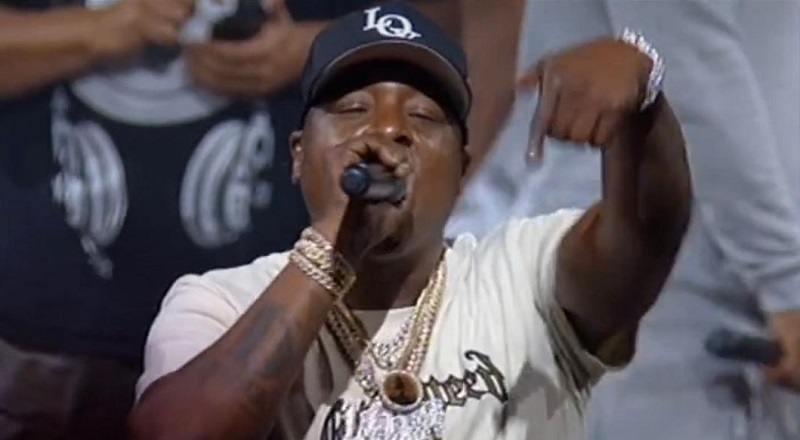 Hands down, Jadakiss is one of the top five rappers, dead or alive. There is a reason he gave himself that title and a reason why no one argued it. When it comes to lyricism, he holds it down, and has been unafraid to go against the powerhouses.

Jadakiss wasn’t as commercially successful as his peers, but he gave them all they could handle. At the height of their careers, both Jay-Z and 50 Cent had beef with him. Lyrically, most fans agree that Jada got the best of both of them, when they were on top.

Coming into Verzuz, The LOX and Dipset have no real beef, but they are all New York guys. Early in the battle, Twitter said that Jadakiss was handling Dipset all by himself. Most fans are saying The LOX won the Verzuz and that Jadakiss had the best Verzuz performance of all-time.

More in Hip Hop News
2 Chainz Says That His Next Album Will Be Titled “Dope Don’t Sell Itself” [VIDEO]
Cam’ron gets booed, during #Verzuz, for exchange with Styles P, and he tells the crowd “if you got a problem with me, go get your gun” [VIDEO]