Home » Hip Hop News » Jade, 6ix9ine’s girlfriend, hints that she might be pregnant on her IG Live with Baddie Gi [VIDEO] 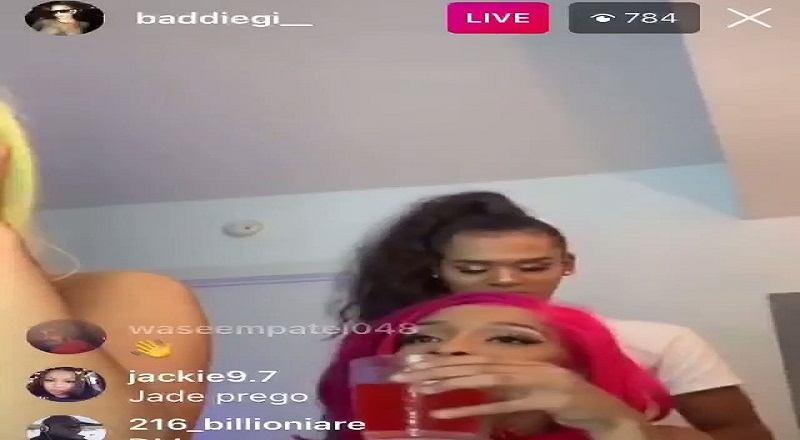 Is there a rapper more controversial than 6ix9ine? Not only did this young man get sent to prison, facing life, but a woman came forward to claim she just had his child. Already, at a young age, he has a few children, by a few women.

Currently, 6ix9ine is dating Jade, who got her hair done to match her man’s rainbow hairstyle. Following her social media, it’s clear Jade has it bad for 6ix9ine, often posting about how she misses her man. She did an IG Live with Baddie Gi, where she revealed even more.

Baddie Gi was drinking, but people on the Live noticed Jade wasn’t having any of it. She even made the comment that she wasn’t drinking, causing a lot of speculation. The fans have said Jade is pregnant, which is something she didn’t outright deny.