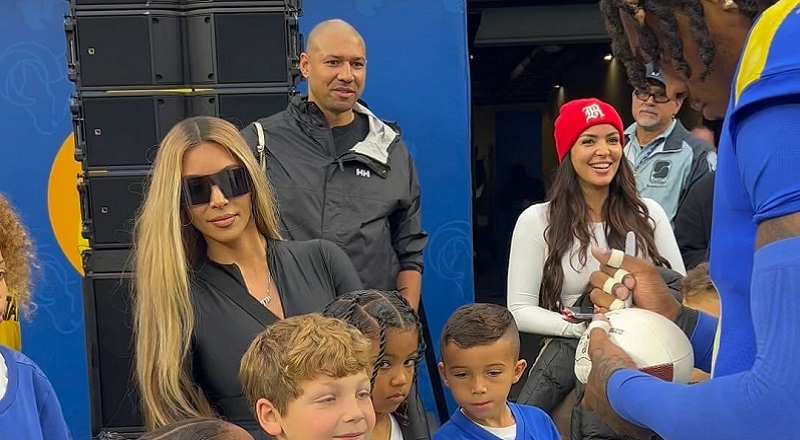 Kim Kardashian is used to being in the headlines. Actually, she’s made headlines every day for the past sixteen years. In addition, she has starred in her own reality TV franchise for nearly fifteen years. As a result, she is used to the spotlight. However, she has never experienced anything like this, given what 2022 has turned into. During this run, her oldest son, Saint West, has also began grabbing media attention. Yesterday, Kim K took Saint, and his friends, to the LA Rams’ game.

Kim Kardashian has actually kept a low profile, while dealing with the drama. Mostly, she has been seen on social media with her children. As North West is becoming prominent on TikTok, Saint is pulling the kinds of antics that people are comparing to his father. At six years old, the boy is simply developing his personality. There is nothing that indicates he is being like anyone other than himself. With that being said, he and his friends are living the life that not even the average 30-year-old can imagine.

Kim Kardashian took Saint West, and his friends, to the Los Angeles Rams’ game, against the Seattle Seahawks. Before the game, Kim arranged for Saint, and the other kids, to meet Jalen Ramsey. While the children were with him, Ramsey took photos with them. In addition, Saint received an autograph from Ramsey. However, this was the lone bright spot for the Rams, who took a home loss, falling to 3-9 on the season.