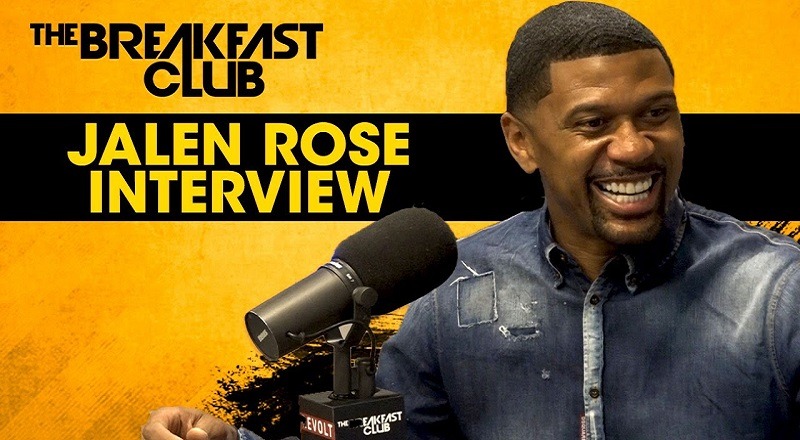 This NBA Playoffs season was rather boring, according to most fans. So, because of this, most fans enjoyed the entertainment of Charles Barkley, Shaquille O’Neal, Kenny Smith, and Jalen Rose. Them being the leading topics made it feel like the 1990s NBA all over again.

Jalen Rose was never an NBA star, but he was one of the highest-profile role players in league history. Upon his retirement, Jalen Rose became a household name through commentating. He was the one who publicly spoke on the “Kardashian kurse.”

Recently, Jalen Rose stopped by “The Breakfast Club,” speaking with the trio, DJ Envy, Angela Yee, and Charlamagne Tha God. Starting the interview talking about health, Jalen Rose spoke on being a little shook by Prodigy’s death. Then, he got into NBA business, speaking on the draft, Lavar Ball, Lonzo Ball, the Lakers, Paul George, and LeBron James.