Home » Hip Hop News » Jamal Murray dribbles out the shot clock, gives the Kings the win, angering Nuggets fans, and getting trashed by Twitter for it [VIDEO] 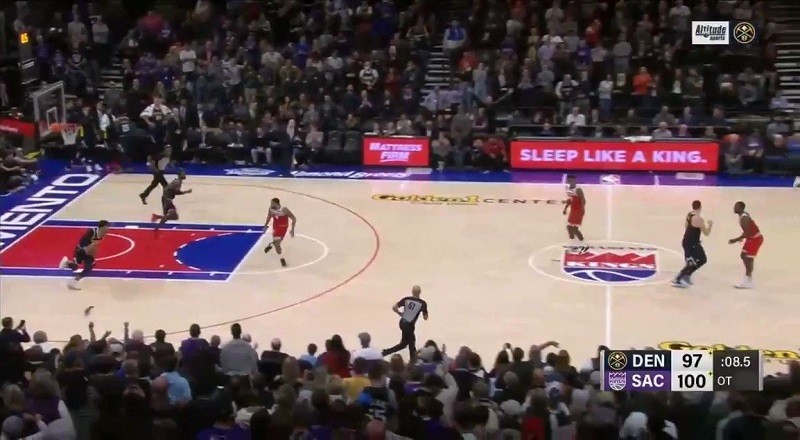 In the 2018 NBA Finals, LeBron James poured his heart into Game 1, only for JR Smith to give the Warriors that 1-0 lead. That Warriors lead would expand into the sweep of the Cavs. Many thought that moment would go down as one of the worst.

But, Jamal Murray is giving JR Smith a run for his money. He was a key player in that Denver Nuggets squad, which was the West’s second-best team, last season. Given the fact that he’s a team leader, it makes his blunder a bit worse.

The Denver Nuggets are supposed to be one of the NBA’s best teams, while the Sacramento Kings are still growing. But, they have a major win over a contending team, courtesy of Jamal Murray. At the end of the game, he dribbled the clock out, instead of going for the score, and passed as the buzzer went off, leading to Twitter going in on him.

Uhh, Jamal Murray … what was that? pic.twitter.com/Ef0ZY7Y9XT