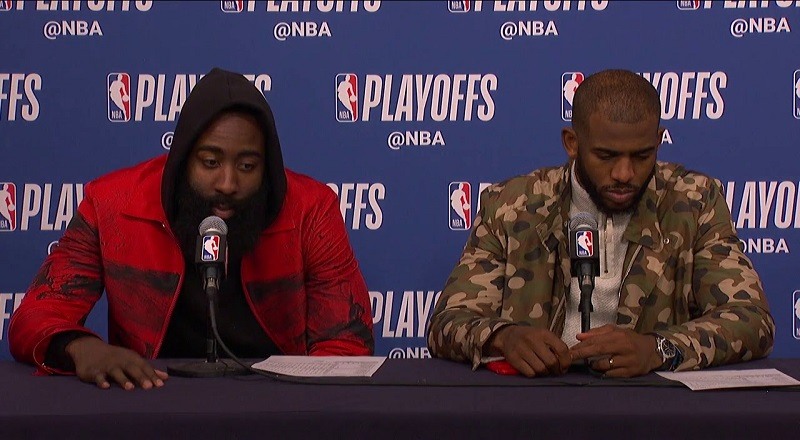 Early in Game 4, the Houston Rockets struggled against Minnesota, and it was Derrick Rose leading the way. Because of this, Twitter started going in on Playoff Harden. Towards halftime, James Harden started finding his shot, though.

All game long, Chris Paul was doing his thing, getting Trevor Ariza some good shots, early. When the third hit, James Harden took control, making people forget his 0 for 6 start, from the field. What was a close game, soon became a blowout.

James Harden and Chris Paul spoke with the press, following their 119-100 win, over the Timberwolves. The two cited their defense, and having faith in their shot, for the win. Now, they have one more game to play, back in Houston, in order to clinch the series, waiting on the winner of the Jazz/Thunder series.