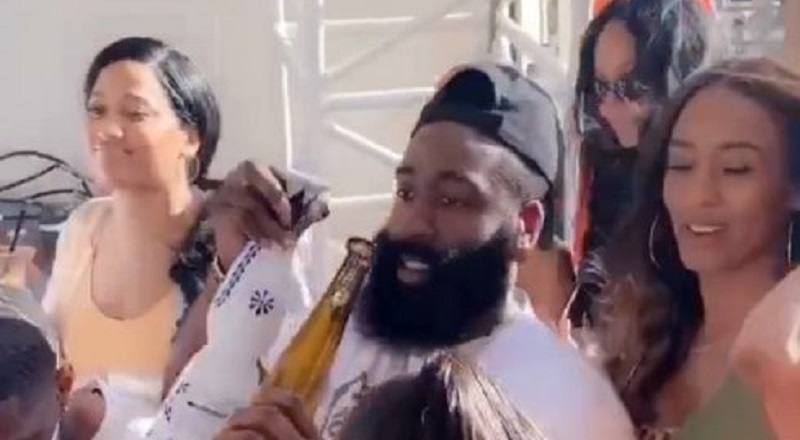 Critics have had a lot to say about the Portland Trail Blazers and, of course, the Houston Rockets. But, had the Rockets not struggled during the first half of the season, they would have been the two seed, not Denver. That means Portland would not have been the third seed.

Normally, Damian Lillard gets the Blazers to the second round, but had the James Harden-led Rockets played strong, all season, Portland’s efforts would have led to a second round sweep to the Warriors. But, it is what it is. This year, the Conference Finals was the second round.

James Harden has led the Rockets to the playoffs each year, since he joined the roster. Despite not winning a championship, Harden has given them the most postseason success since the Hakeem Olajuwon era. Having been out of the playoffs for two weeks, a fan snapped this pic of James Harden partying in Vegas.