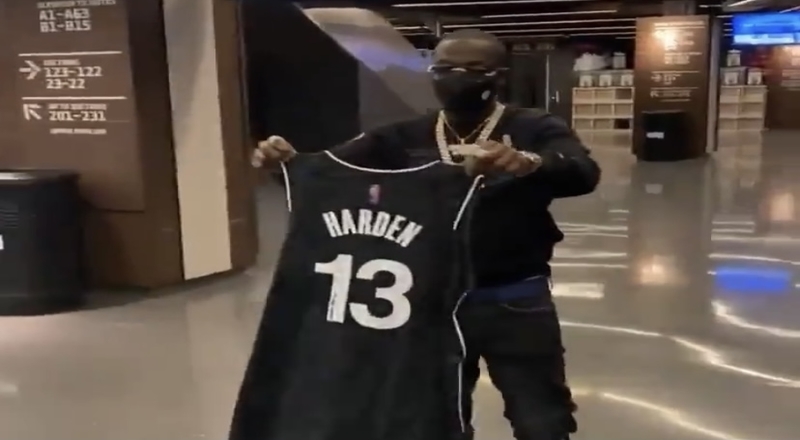 Bobby Shmurda has been a free man since February 23 and has been living it up. The Brooklyn rapper made $300,000 for his appearances in Atlanta during NBA All-Star weekend as hip-hop fans celebrated him coming home after almost seven years in prison.

Bobby was also back in his hometown on Monday night as he attended the New York Knicks vs Brooklyn Nets game. The Nets ended up winning in a nail biter, 117-112. Rowdy Rebel was also with Bobby as they both received Nets jerseys. After the game though, Bobby was given a signed jersey by James Harden himself.

Shmurda was seen holding this jersey as he took photos and videos for social media. Harden totaled a triple-double with 21 points, 15 rebounds, and 15 assists. The Nets also currently stand at 27-13 and second place in the Eastern Conference.