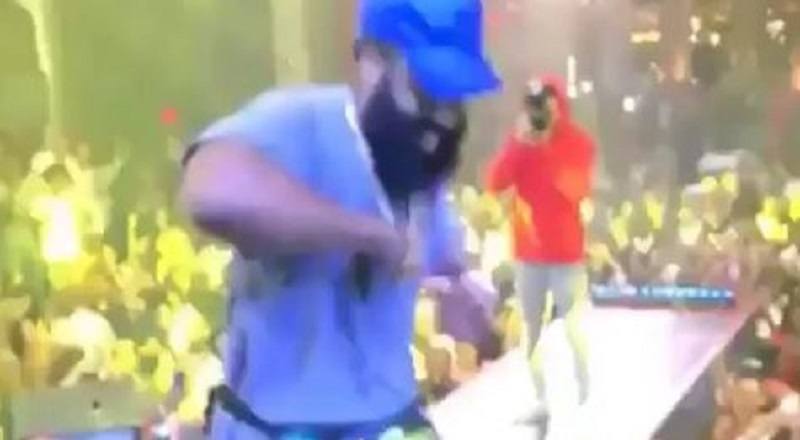 When a player works as hard as James Harden did, they deserve some time just to party. No, the Rockets didn’t win the championship, but they did add 10 wins to their record, and give the Warriors that work. They were only minutes away from the Finals.

If the Rockets did get to the Finals they would have won the championship. But, they didn’t, so James Harden found consolation in winning the MVP award. Now, he is partying, because it’s the middle of the summer.

James Harden was out there with @lesanik_, continuing to show off his winning lifestyle. Taking in that Vegas life, James Harden is living like an MVP should. Definitely living for the moment, he and Meek Mill were on stage, doing the #InMyFeelingsChallenge.