Home » Hip Hop News » James Harden talks blowing big leads in Game 6 and Game 7 against the Warriors and the Rockets missing out on the #NBAFinals, criticizes the refs, and shuts down all the Chris Paul talk #Rockets [VIDEO] 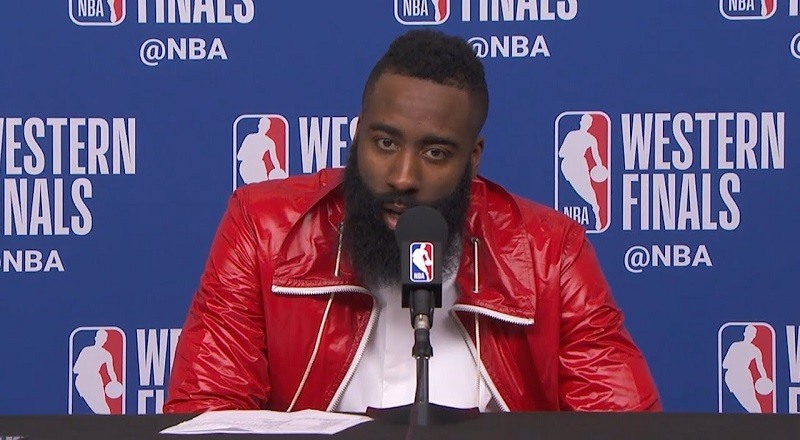 Last year, James Harden came under fire for his weak play, in Game 6, against the Spurs. A block from Manu Ginobili sent the Rockets home early, determined to become a better team. Fortunately, the Clippers were in the process of blowing their team up.

The Clippers traded Chris Paul to the Rockets, but fans questioned how it would work, with James Harden and CP3. In the regular season, it worked well enough for the Rockets to win 65 games. With the NBA’s best record, the Rockets were ready to dismantle the Warriors.

James Harden was being dragged on Twitter, last night, when his team failed to dismantle, getting dismantled. The Rockets had their chances and blew them, something Harden told the press. He said they blew big leads in Game 6 and Game 7, and said he didn’t want to hear the “what ifs” about Chris Paul playing.