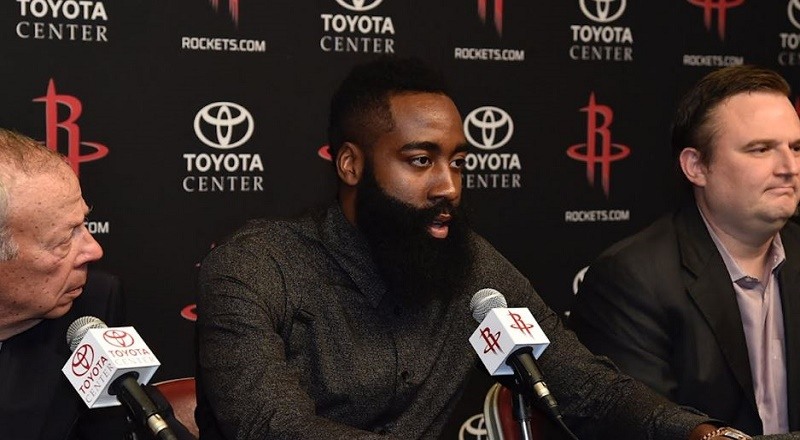 In 2012, it became clear James Harden was going to leave the Oklahoma City Thunder in favor of a starring role. Some view this, given what happened last week, as the beginning of the end for OKC. It was only months after losing in the Finals that they traded Harden.

Landing in Houston, James Harden immediately became the go-to guy for the Rockets. Although not a bad team before Harden, he got them over the hump and back into the playoffs. In 2013, Dwight Howard joined the team and, by 2015, they had one of their best seasons ever.

James Harden recently re-signed with the Houston Rockets and Howard is gone, following a season that was not one of their best. But, getting Harden back at the full extension is a big win. The press conference shows Harden fielding all kinds of questions from the media about the Rockets going forward with him running the show.