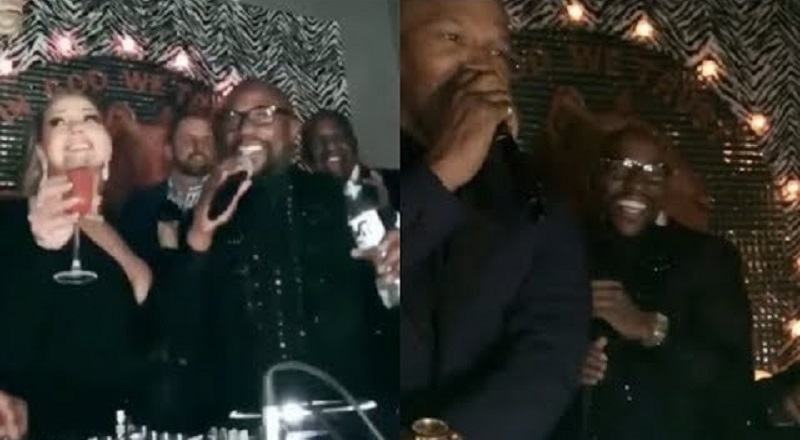 Last night, Floyd Mayweather celebrated his 41st birthday in style. All of his celebrity friends came out, for the celebration. Many of the biggest names were out here to show Floyd Mayweather their support and he’s continued to live life in high fashion.

Celebrating Floyd Mayweather’s birthday, Jamie Foxx was singing, and he asked Mariah Carey to sing. He must’ve forgotten who he was talking to. But, Mariah Carey told him that she doesn’t do that (sing) for free.