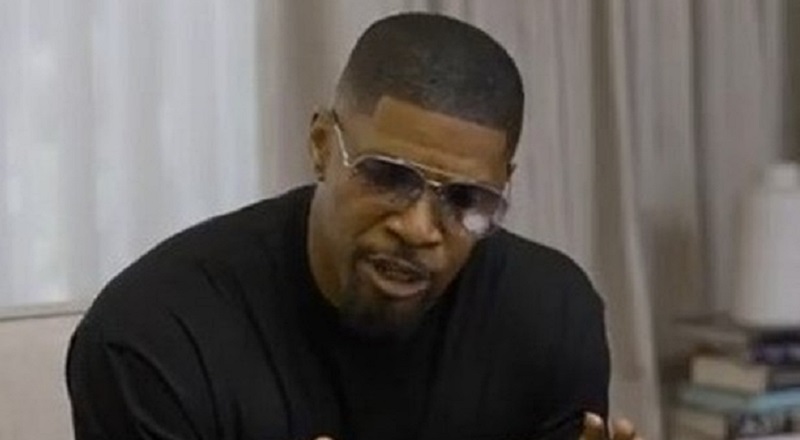 Jamie Foxx recently sat down alongside Snoop Dogg for an interview with Rap Radar. In his career, Jamie Foxx has proven to be beyond talented. When Jamie Foxx launched his career, he was a comedian. Not only was Jamie Foxx funny, he was funny enough to land his own sitcom.

Jamie Foxx has enjoyed a twenty six year career in the spotlight. During this time, Jamie Foxx has done a lot. First, Jamie Foxx did stand up comedy. Second, Jamie Foxx had his own sitcom. Third, Jamie Foxx launched a successful music career. After that, Jamie Foxx settled into a position where he does a little bit of everything. When Jamie Foxx was on the Rap Radar podcast, he and Snoop Dogg were talking about Harry-O’s pardon. As a result, Jamie Foxx did a Donald Trump impression. He sounded so much like Trump that he took the internet by storm.

More in Hip Hop News
Offset ft. Moneybagg Yo – “Code” [VIDEO]
Ginuwine responds to being turned into a meme, by announcing his new podcast, “The G Spot,” and says he is making bobbleheads [PHOTO]